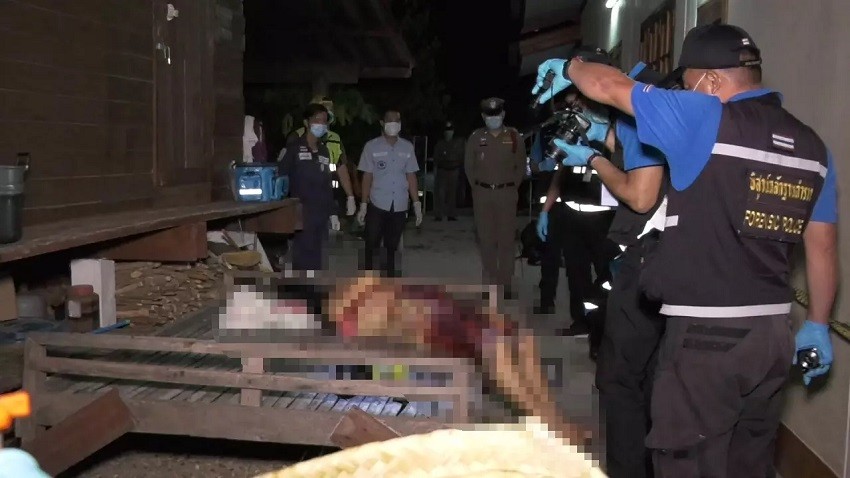 A local politician in Northern Thailand has shot and killed a woman while arguing over a block of land in a heated land dispute on Monday. The shooting occurred about 9.30pm at a house in Lampang Province.

According to Thai Media, Nian Futhima, 56, and her husband Boonruang, 59, were sitting on a bamboo bed behind the house. Sawat Khammuangchai, 62, a former deputy chairman of the local organization, walked over from his house to join them.

Mr. Boonruang said Mr Sawat and his wife began to argue heatedly. He was looking away from them when he heard a gunshot. He turned to back to them and saw his wife had been shot in the neck and was bleeding profusely.

She died shortly afterward according to the Bangkok Post.

Mr Sawat was immediately detained by neighbours. He admitted to killing the woman in anger over the block of land. Saying she had spoken abusively and also causing him to lose face.

Pol Maj Gen Anucha Uamcharoen, the Lampang police chief, said the motive was not political, although a local election was drawing near. He said the two quarrelled over a block of land.

Nian had bought the land from Mr Sawat, but Mr Sawat had refused to legally transfer ownership to her.

A man and his son have been arrested for making false statements and embezzlement over a land dispute. A land dispute that also led to multiple a shooting in a Chanthaburi courtroom last year.

Mr Boonchuay is accused of giving false statements to the Civil Court and also officials when applying for land title deeds. The CSD special force took the two suspects to the CSD head office.