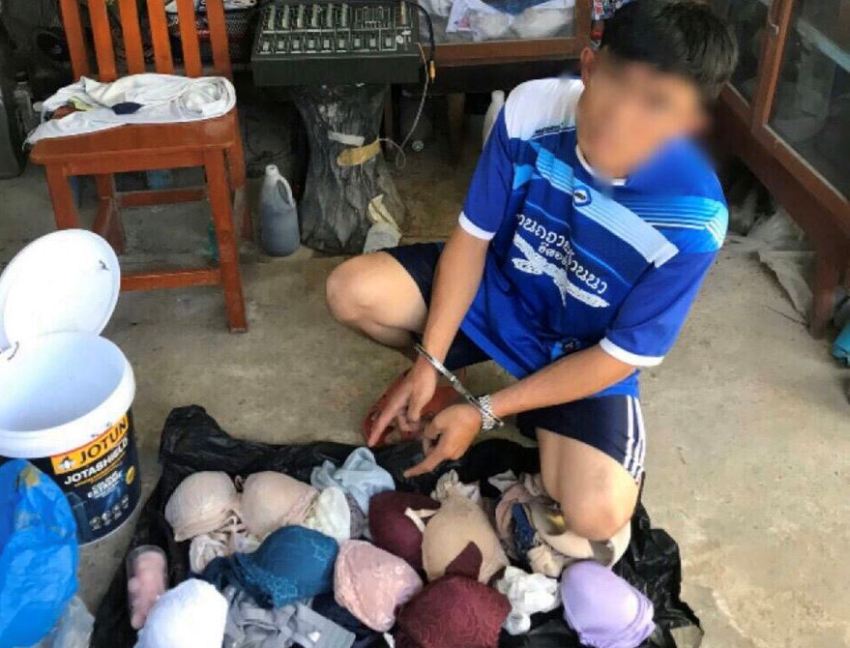 A 27 year old Thai food delivery man has been arrested in Chiang Mai stealing women’s knickers while making deliveries in the city. A woman reported to police that her nickers (underwear) had been stolen many times.

When the man was tracked back to his apartment he was found to be in possession of women’s underwear. According to Chiang Mai police, he would drive around the city delivering food, and stop off at dormitories along the way.