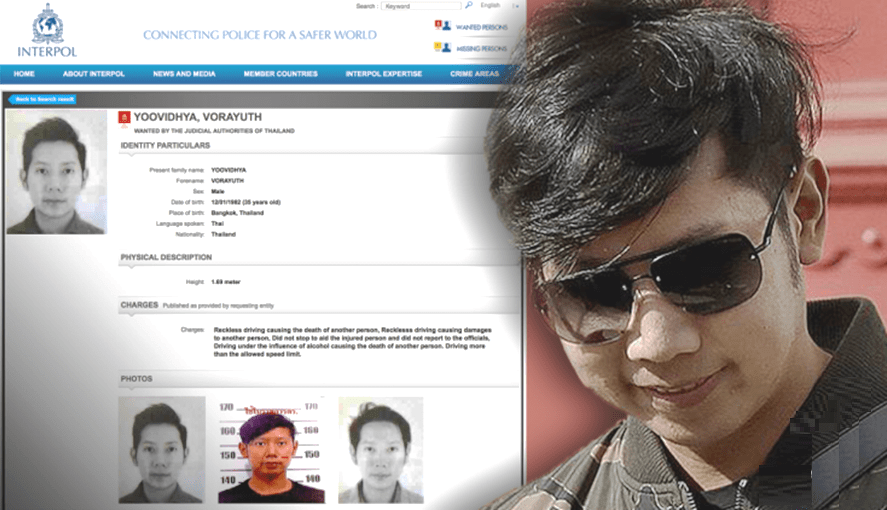 Criminal charges in Thailand have been dropped against the Red Bull heir Vorayuth “Boss” Yoovidhya who was accused in a 2012 hit-and-run. The hit and run accident involving the red bull heir killed a police officer.

An arrest warrant has also been withdrawn, said Thanawut Sanguansuk, deputy head of Thonglor police station, told Reuters. Vorayuth was accused of crashing his black Ferrari into a policeman on a motorcycle in Bangkok. He then fled the scene, dragging the officer’s body for several dozen meters.

Thai authorities finally issued an arrest warrant for Vorayuth five years after the accident. Only after he missed eight legal summons.

He faced three charges: speeding, reckless driving causing death, and failing to stop his car to help the victim.

However, the speeding charge has since been dropped as it expired under the one-year statute of limitations.

The national police chief promised to find out what was causing the delay in the investigation. The commissioner added that if any officers were found to be negligent, they would face disciplinary action.

According to the Bangkok Post it’s unclear when the Red notice went missing and for what reasons. However there was immediate speculation that powerful interests had intervened on Mr Vorayuth’s behalf.

When you try searching any Red Notice for suspects from Thailand the search conveniently comes up completely empty.

Interpol declined to discuss individual cases but told the Bangkok Post that generally a published notice would be removed from its website if “the suspect; has been arrested ;and extradited or died; the country which requested it has withdrawn its request; the judicial authorities in the country behind the notice have withdrawn the national arrest warrant against a suspect; the notice is the subject of an appeal; or the notice has been cancelled or the status of the notice has changed from public to restricted”.

The Red Bull heir is said to be somewhere abroad now.

Vorayuth is a grandson of the late Chaleo Yoovidhya, creator of the Krating Daeng, or Red Bull, energy drink.

Chaleo, 88, was listed as the third richest person in Thailand at the time of his death in 2012. He also had an estimated net worth of $5 billion, according to Forbes magazine.