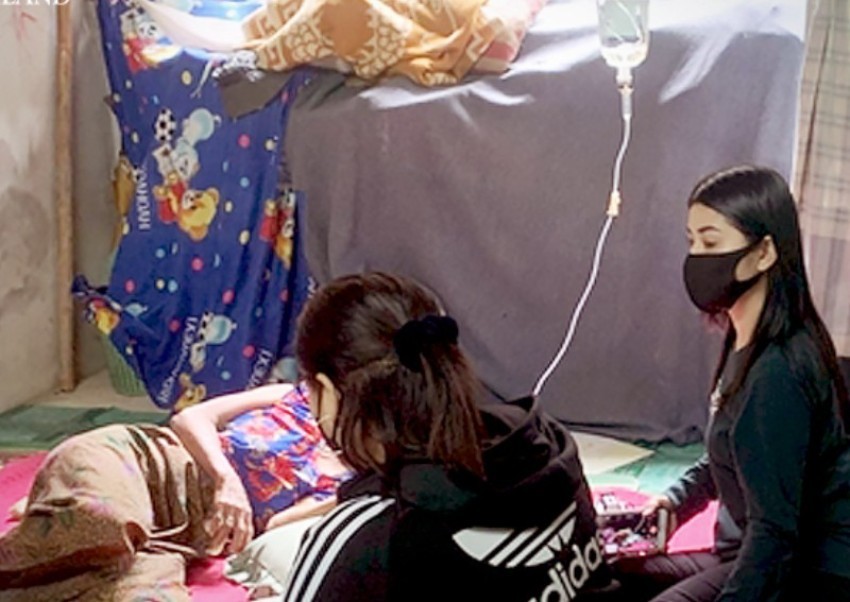 Police in Southern Thailand have reported that an 80 year old woman has been raped in Phatthalung province by a 50 year-old former neighbor. Local health workers gave her a mild sedative and instructed to rest in bed at home.

The 80 Year old Woman told police she was selling rice stuffed with banana when a man aged around 50 years old arrived. He sweet-talked her and said he was attracted to her when he was young. During the time they were neighbors.

He said he would like to buy all her rice but she had to go with him to deliver the desserts to his relative’s home. She agreed, for they were worth Bt2,000.

On the way, he took a desolate route and stopped at a house that was only half built. She suddenly realized his true intentions and tried to flee but failed. She said that after the man had raped her and took away her purse.

Relatives of the old woman are now demanding that the police arrest the man as soon as possible, Asia One reports.

Police in southern Thailand said yesterday that they have collected footage from surveillance cameras and are interrogating witnesses for more clues. Police hope clues will hopefully lead to the man’s arrest over the assault

Meanwhile, a 50-year-old Nigerian man was arrested in Bangkok for allegedly raping his 13-year-old stepdaughter.

Immigration Bureau chief Pol Lt Gen Sompong Chingduang only named the suspect as Emmanuel, saying he admitted to the crime during questioning.

Police said Emmanuel entered Thailand in 2018 before moving in with the victim’s mother. She later went to prison for drugs. The victim reportedly asked a neighbor to file a complaint against the suspect with police.

On July 9th, A 58-year-old Guinea national was arrested at a McDonald’s restaurant in Bangkok’s Bang Rak area for allegedly raping a 17-year-old girl.

Mr. Mamady Keita, believed to be a ruby trader, is accused of luring the girl to a Hotel and allegedly assaulting her. The girl told police that she had been raped by an African man, whom she had met a day earlier.

The man has allegedly confessed to the assault, and faces charges of abducting an individual over 15 but under 18 years old, rape and theft.