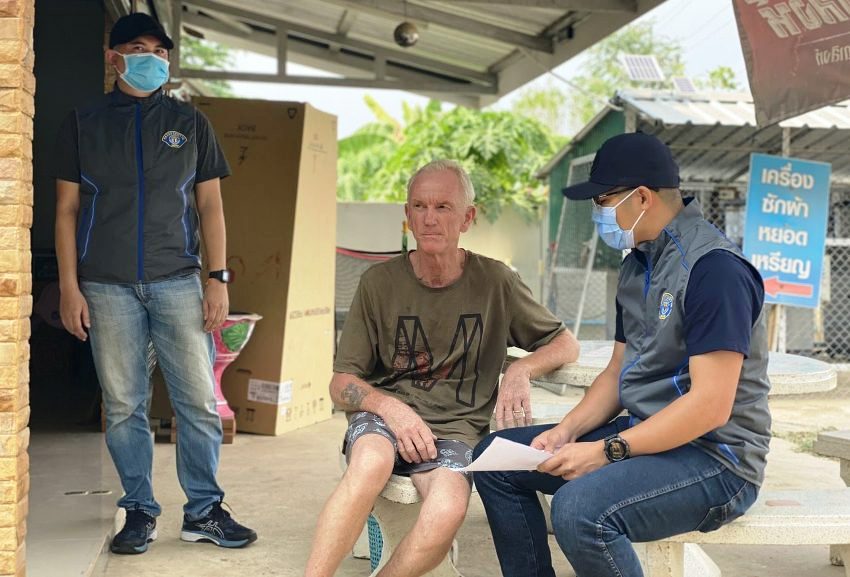 Thai Police have arrested a 63 year-old Australian man wanted on alleged pedophilia charges in New South Wales Australia. He has been living with a Thai woman and her family in Pathum Thani for 5 years.

Crime Suppression Division (CSD) police executed the arrest warrant for William James Petrie, 63, on Sunday. He was also at home with a wife, (whose name was withheld) at the time of the arrest.

Pol Col Patak Kwanna, said the arrest had been requested by the Australian embassy in Thailand. The suspect faces a charge of sexual abuse of children under 10 years old in the state of New South Wales. Other details were not released. The suspect told police he had been living with his Thai wife for about five years.

Furthermore the woman told police she was not aware of his background or his alleged child abuse crimes. Mr Petrie took good care of the family and her relatives, she said.

He will be extradited to Australia under the 1911 extradition agreement between then-Siam and the United Kingdom. According to the Bangkok Post Australia does not have an extradition treaty with Thailand. However because Australia is a member of the British Commonwealth the old treaty will apply.