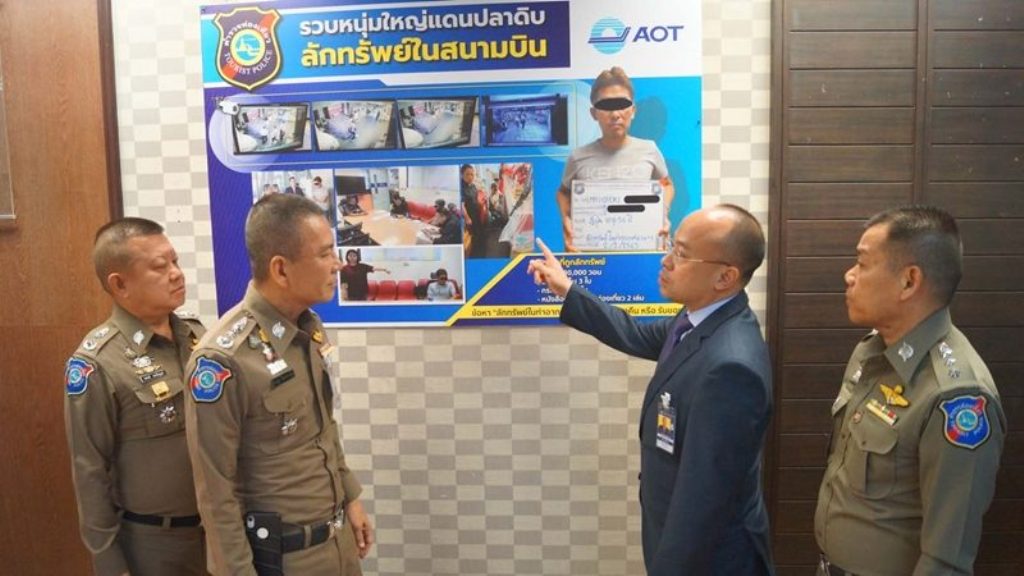 The handbag contained two passports, about 80,000 South Korean won (2,900 baht) and other items. Ms. Arwan, said she had just returned from a trip to South Korea.

She stopped to eat at the Magic food court on the first floor around 10.20pm, when she noticed her handbag missing.

The police examined security video of the food court, which showed a foreign man taking her handbag.

Police and airport officials found the Japanese man on the first floor of the terminal at 4.30am. He was later identified as Takeuchi Hiroki, 56.

Police said the Japanese man admitted taking the bag but he did not remember where he dumped it.

The Bangkok Post reports that Police have charged him with theft.