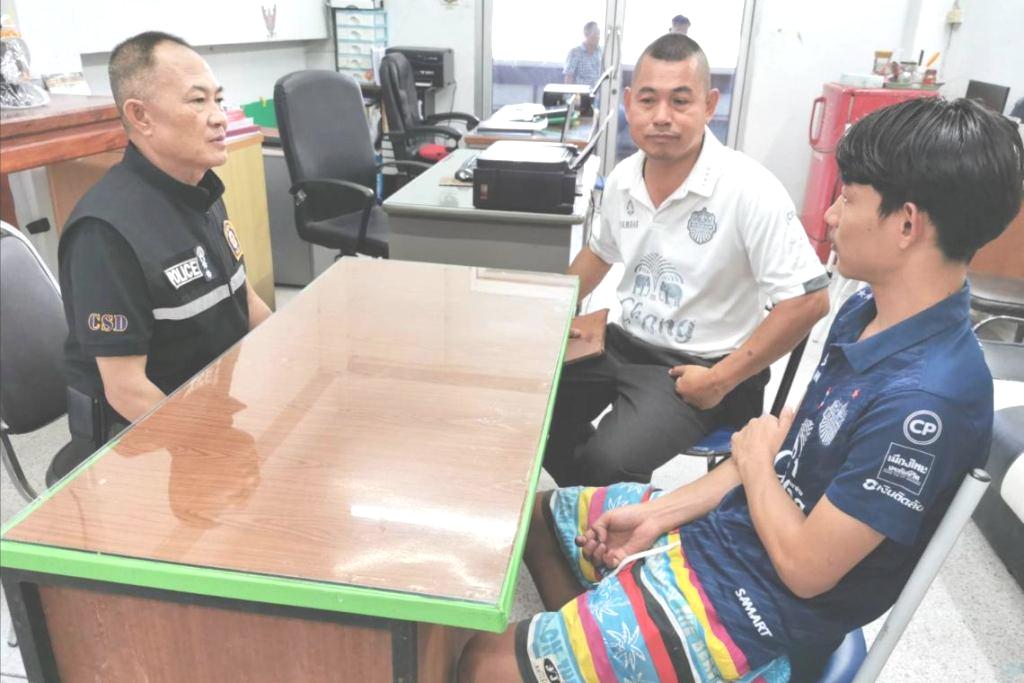 A young man has reported to police to face charges after posting on Facebook that he wanted to buy a rifle for a shooting spree at shopping mall.  Natthapong Jalaebram, 22, Facebook user Ring HR was accompanied by relatives when he reported to police.

According to Thai media, he posted a message on his page: ”Wanting to buy an AK or an M16 rifle for a price of not more than 100,000 baht. I will use it for a shooting spree at Taweekit Buriram 555’’.

The message frightened netizens, prompting police to track him down via Facebook and find out his real name.

Natthapong allegedly admitted to making the Facebook post. He claimed he was drunk and posted the threat just as a joke on Monday evening. He later deleted the message.

Natthapong said he had closely followed the shooting rampage in Nakhon Ratchasima province on the news.

Mr Natthapong was charged with violating the Computer Crimes Act and threatening others. He was held in police custody for legal action.

The gunman rampage in Nakhon Ratchasima claimed 30 lives, including the shooter, he also left 58 people wounded.

Mass-shooter Jakrapanth Thomma, 32, was killed by commandos early on Sunday. Almost 18 hours after he stole assault weapons from an Army base and embarked on a shooting spree. Jakrapanth also streamed his assault on Facebook live until his account was shut down. Facebook later released a press release condemning the assault.

Terminal 21 shopping mall, the centre of the carnage, reopened for business on Thursday.