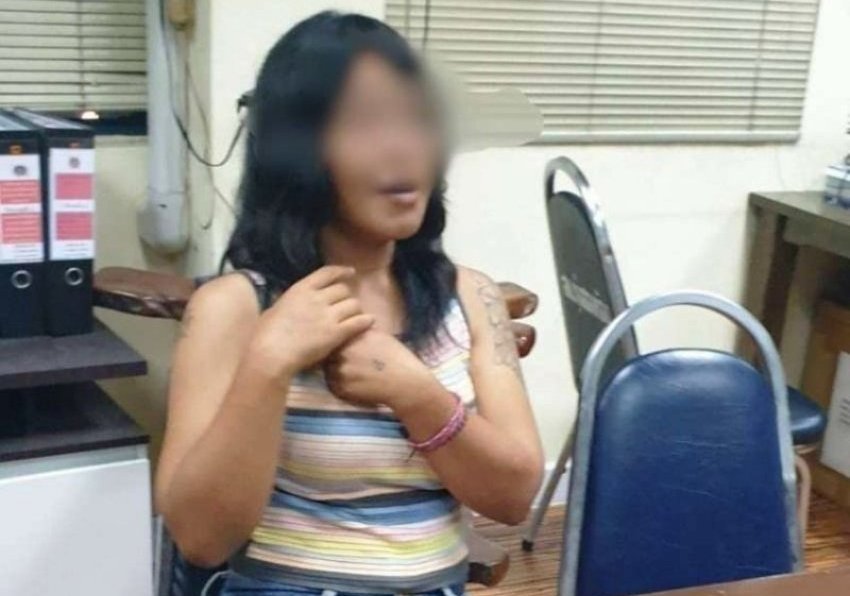 The woman who allegedly murdered her father and cut off his genitals will be sent for mental illness evaluation at Galya Rajanagarindra Institute in Bangkok. She will be screened for mental illness because she has been incoherent, police said.
“I slept well last night and I want those in the child prostitution business to be punished. Covering evidence turns good guys bad,” was one of the statements Ms. Boonyada Chanchuang made on Thursday.
Police from the Thung Song Hong police station said they hadn’t gained any useful information from the 29-year-old woman. Investigators have decided to send the woman off to the institute to check her mental condition.The suspect had initially been admitted to Srithanya Hospital, where doctors said her mental illness was not serious.

Police found Ms. Boonyada , wandering the street at 2:30am yesterday along with the alleged knife that was used in the crime.

58 year old Kasem Bunyachon was found dead, covered in blood after officers were notified of the murder in Lak Si district. The diseased man had wounds on his face and his genitals were removed.


Witnesses told police the victim had just arrived from the hospital with his daughter shortly following. After committing the alleged murder, she fled the scene. The neighbours entered the home and called the police when they saw the body.

The victim’s ex-wife told police that their daughter had used drugs since she was very young. The drugs had made her emotionally and mentally unstable.

She also said her husband had a hot temper and would often fight with the daughter, the Thaiger reports.

Meanwhile, the suspect’s stepfather Songtham, 59, visited Boonyada at the police station. He said her mental state had worsened. He said she called him a rapist and accused him of raping her 10-year-old daughter.

When in reality the crime had been committed by her boyfriend.

Meanwhile, Her mother was making funeral preparations for her ex-husband Kasem Boonyachon. The rites will be held on June 20 in Pathum Thani the Nation reported.

Mental Health Department director-general told reporters that men who expose their genitals in public suffer from a mental illness and sexual perversion. Boonrueng Trairuengworawat said victims of genital exposure were advised not to scream or show fear. Doctors say that could boost the perpetrator’s confidence.


If victims express indifference, exhibitionists who derive sexual pleasure, gratification or confidence from a frightened reaction would be discouraged from continuing such behavior, Boonrueng added.

Only an estimated of 25 per cent of such patients, who studies have found are mostly males aged between 15 and 25 suffering from mental health issues, hormonal imbalances or feelings of sexual inferiority, have sought medical treatment, although the illness could be cured if treated properly, he said.-

A study showed that 20 per cent of woman surveyed claimed to have had encounters with such behavior, with sexual perversion defined to include public exposure, obscene phone calls and voyeurism.

“Such sexual perversion can be cured, so relatives or friends of such persons should take them to seek treatment at a psychiatric hospital. Don’t be shy of doctors. Because if this remains untreated, such behavior will stick with the patients for the rest of their lives,” he said.