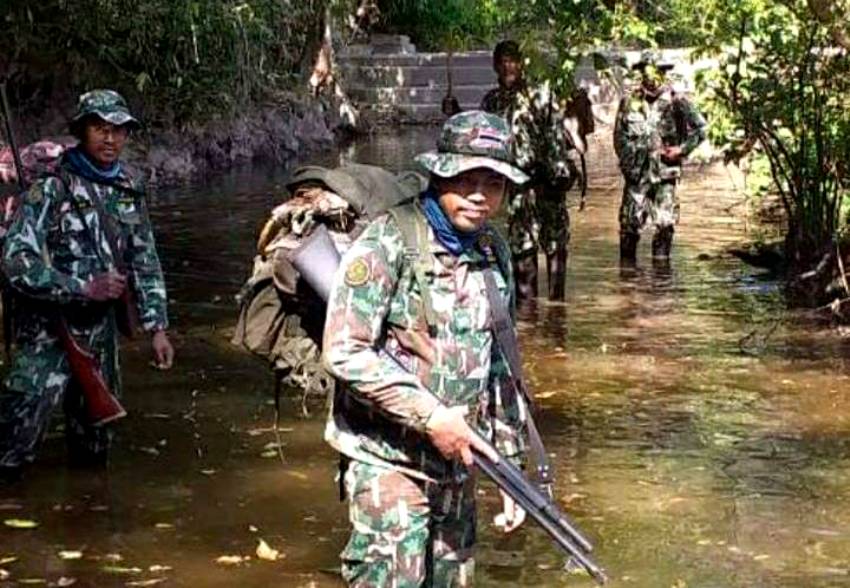 A wildlife park ranger has been shot dead in a clash with poachers in Sap Lanka Wildlife Sanctuary in Lop Buri province. Fish and wildlife Ranger Karn Chaiprasert, 37, was found dead on Monday with a gunshot wound.

Wasant Klomchinda, head of the wildlife sanctuary, said Karn led a three-member team on a patrol on Sunday in a forest on the Khao Ruak mountainside.

As night fell, they set up a checkpoint in the area, 3km from the sanctuary borders.

At 10am the next day, the team spotted three men with hunting gear. They tried to stop them but they fled deeper into the forest. A gunfire exchange ensued during the pursuit.

Karn was found dead on a sharp slope 300m from the checkpoint. The head of the wildlife sanctuary and the police were notified of his death.

Police later checked the scene and found casings, knapsacks, supplies and methamphetamine paraphernalia. They followed the trace of evidence for 2km to the border of the sanctuary but found no one.

Due to the rough terrains, it was not until 5.30pm on Monday that Karn’s body was brought across hills to the town for an autopsy.

Police chief Gen Chakthip Chaijinda also expressed his condolences to Karn’s family. He also pledged to solve the case as soon as possible, according to the Bangkok Post.

Karn, a native of Si Thep district, Phetchabun province, joined the wildlife sanctuary a year ago. He also worked at Thap Lan National Park in Prachin Buri and Nakhon Ratchasima provinces for 10 years.

He was known for his courage and determination when performing his duty.

Sap Lanka, with 155 square kilometres (96,875 rai), is located in Lop Buri province in Thailand. It is home to fish and wildlife such as, wildcats, wild boars and foxes.