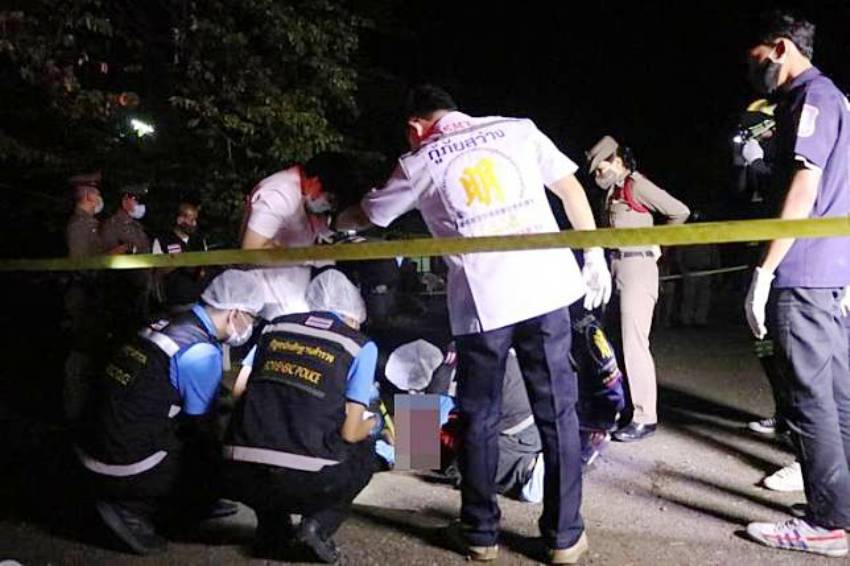 An enraged uncle has gunned down his niece and her husband over an unpaid debt in the central province of Ratchaburi on Saturday night. Pol Lt Thanaporn Simaklam, from the Photharam police station said the incident took place at about 8pm.

The gunman (the uncle), identified by Thai media as Mr. Chet, 49, came to the village to demand Mr. Monsangob Nakrua, repay a debt.

Mr. Monsangob, holding a knife, walked to where Mr Chet parked his car and the two had a heated argument. Mr Chet suddenly pulled out a gun and opened fire, killing him instantly. Mr Chet then turned the gun on his niece, Nonglak Kaewsaingern, 31, who was trying to intervene. He fired two shots also killing her immediately. The Uncle shot his niece while she was holding her young daughter. After the fatal shootings, Mr Chet fled in his car.

Ms. Kaewkanya Kanphonngam, 59, Nonglak’s mother, said Mr Chet was a younger brother of her husband. She said Mr Chet and her son-in-law, had long dispute over the debt.

Mr Chet had many times demanded repayment of the debt but the latter had refused to comply.

Police have obtained a murder warrant for Mr. Chet who was apprehended late Sunday. He has been charged on 2 counts of murder and possession of an illegal firearm.