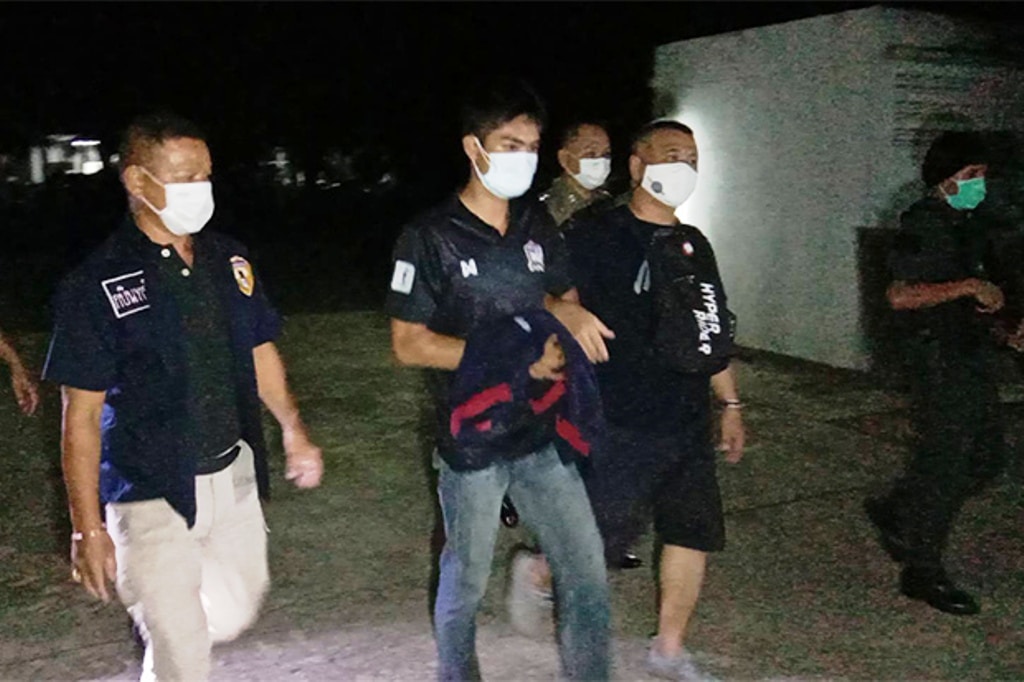 Pol Col Manoj Kanklao, the Kabin Buri police chief, said Mr Apinan Soma, 24, was arrested by police at about 11.50pm after he was found hiding in a forest near Ko Daeng village in tambon Nonsi of Kabin Buri district.

After killing two men and injuring two others Mr Apinan fled from the shooting at about 6pm from in front a Makro superstore in tambon Muang Kao. The police found in his possession a 9mm pistol and a hand grenade.

According to a police investigation, Mr Apinan went on a motorcycle to an area in front of a Makro superstore to meet four other men in an effort to settle their financial dispute.

The two sides had a heated argument and were unable to reach an agreement.

Mr Apinan said he heard one of the men on the other side make a verbal threat, saying the dispute would end in gunfire. Mr Apinan said he then took out his 9mm pistol and shot the four one after another.

Two of the young were killed one was hit in the head, and the other was shot in the neck. The two other men, were hit and injured. After the shooting, Mr Apinan fled, on his motorcycle.

Mr Apinan was charged with premeditated murder, having an unlicensed gun in possession,and carrying a firearm in public without permission.

A re-enactment of the crime was to be carried out in front of the Makro superstore on Sunday morning.