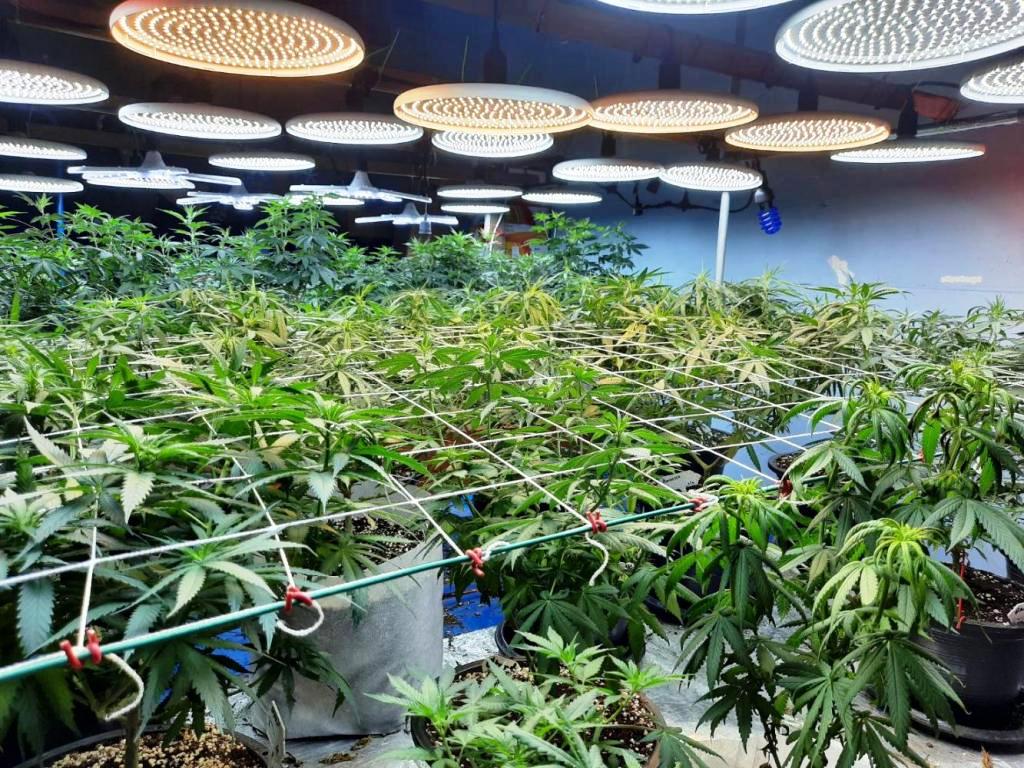 The tow men were identified as Mr Woradet, 49, and Mr Somphop, 42, they were arrested after a tip-off by a suspect arrested earlier pinpointing the grow op location. They had agreed to receive the marijuana seeds and grow op equipment for growing marijuana.

A further 77 plants and hydroponics grow op equipment were later discovered at a house where Mr Somphop was caught planting the marijuana in Soi Happyland Plaza 1 in Bangkok’s Bang Kapi district.

All were international marijuana strains worth about 10,000 baht each. Both Men face charges of colluding to producing and sell Type 5 narcotics without permission.

Thailand became the first country in Southeast Asia to legalize medical marijuana in 2018, its use for recreational purpose is still banned. Any flowers and seeds yielded from the crop grown at homes must be sent to state medical facilities as they remain in the country’s criminal code due to their high levels of psychoactive compounds, the minister said.

The rest of the marijuana, including leaves, branches and fiber as well as hemp plants have been decriminalized and allowed to be used in food and cosmetic products since December last year. Anutin became a minister in 2019 after an election in which the centerpiece of his political party’s campaign was marijuana legalization.

Though some restrictions remain, allowing households to grow marijuana is another step to unshackle the industry and is similar to Sri Lanka which allows limited growth of the plant by state-licensed growers and only for medical purposes. The Philippines is considering allowing use of the plant for epilepsy treatment, but marijuana in most other nations in Southeast Asia remains forbidden and in some, punishable with death sentences.