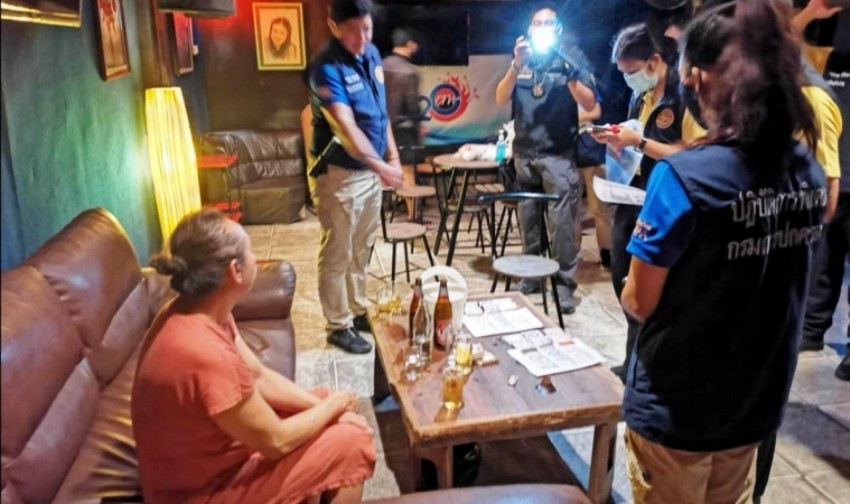 Police have arrested a transgender woman on charges of running a brothel under the guise of a massage shop that caters to gay men in Chiang Mai. Two young masseurs were caught in a sting operation on Tuesday night.

The combined team of police and officials from the Department of Provincial Administration raided the Ann6999 massage shop in Chiang Mai and arrested a transgender woman.

She identified herself as manager of the shop although the police believe she was the owner of the business.

Narong Thipsiri, director of the department’s Operation Centre for Legal Enforcement, said yesterday the shop was opened as a front for a brothel for gay men. The shop was exposed in a complaint lodged with the government-run Damrongtham centre. The complain was lodged by the anti-human trafficking Ronnasit Foundation.

The foundation alleged that the shop also employed teenage boys aged 18 and under.Above all to provide sexual services to customers there.

Mr Narong said the shop would contact potential clients through its Line chat application. It would show them pictures of the young masseurs posted in a dedicated Twitter account.

He said before the raid, an official posed as a potential client contacted the shop and inquired about an “intimate” massage service. The undercover official was given access to many nude photos of young masseurs to choose from on the Twitter account.

After arriving at the Chiang Mai massage shop, the official was met by the transgender woman and two teenage masseurs. Both boys claimed they were 17 years of age. The undercover official later called for the combined team to raid the massage parlor.

The massage shop in Chiang Mai was in a five-storey building with rooms on the top floors reserved for sexual services. The masseurs normally received 1,600 baht each from customers. Furthermore the transgender woman named Ms. Sri took a 600-baht cut.

Ms. Sri has also been charged with human trafficking; pocketing illegal gains from prostitution; acting as procurer for people aged 18 and under; running a brothel, abetting; possessing pornographic materials for commercial purposes ;and also importing pictures containing nudity for people to access.

Meanwhile, Chiang Mai’s deputy governor reports authorities are continuing efforts in conducting spot checks of bars, restaurants and massage parlors. Above all after there where reports teenagers were hanging at these spots out after midnight.

Following inspection, the deputy governor said that authorities discovered that a restaurant did close on time. Only because of rain some clients on motorbikes lingered later than normal. He gave them a warning to continue to stick to the law and to ensure they do not serve alcohol to anyone underage.