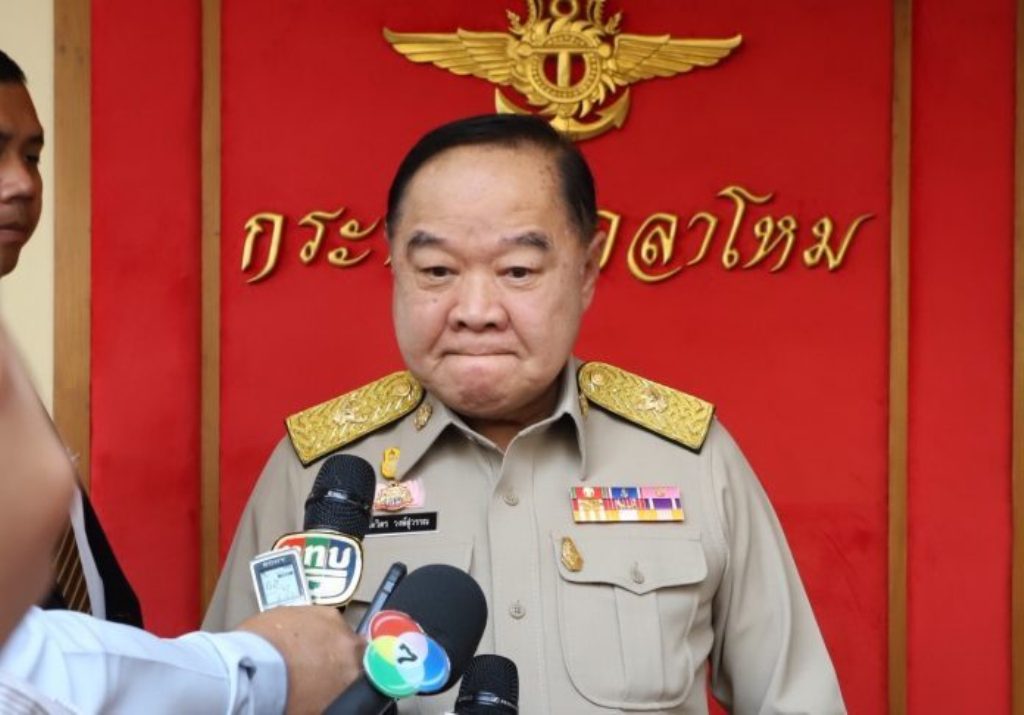 Thailand’s Defence Minister Prawit Wongsuwon has ordered Cyber police to take legal action against social media groups and websites deemed to be misleading young people into “improper behaviour.” Thailand’s Government has been on the offensive over anti-government protesters calling for the Prime Ministers resignation.

Gen Prawit issued the instruction during his visit to the Ministry of Digital Economy and Society (Cyber Police) on Thursday, the deputy PM’s assistant spokesman, Maj Gen Patchasak Patirupanont,told the Bangkok Post.

It was an important policy directive, because online media social groups were creating disunity and instigating improper behaviour by students and other young people, he said.

Illegal websites would be closed and offenders would be seriously prosecuted and exposed, Maj Gen Patchasak said.

The ministry is to coordinate legal action with other agencies against the social media groups. Including the Technology Crime Suppression Division and the National Broadcasting and Telecommunications Commission.

It would also upgrade its equipment to reach social media group offenders and warn people of the online danger, the assistant spokesman said.

Police will summon at least five Free Youth protesters during the Germany embassy rally in Bangkok on Monday after a court on Thursday turned down their request for arrest warrants.

Thung Mahamek police on Wednesday sought to arrest five protesters on sedition and other charges for their roles during the demonstration at the embassy where the protesters submitted a letter to the ambassador.

Meanwhile, Bangkok Police have summoned at least five Free Youth protesters from the Germany embassy rally in Bangkok on Monday. The summons come after a court turned down their request for arrest warrants on Thursday.

Bangkok police are seeking to arrest five protesters on sedition and other charges. Above all for their roles during the demonstration at the German embassy where the protesters submitted a letter to the German ambassador.

The South Bangkok Criminal Court dismissed the police’s request for arrest warrants citing a number of reasons. Saying the suspects are students, the rally was short, there was no proof they would flee and also they have permanent residences.

The court also instructed police to summon them for questioning first.

Yesterday, a spokesperson said the protesters did not inform police of their rally on that day.

“Unlike the gathering by yellow-clad demonstrators at the embassy earlier on that day, the Free Youth group did not inform the police about their rally first [as required by law],” he said.

He dismissed criticism of double standard since no action had been taken against the yellow group.