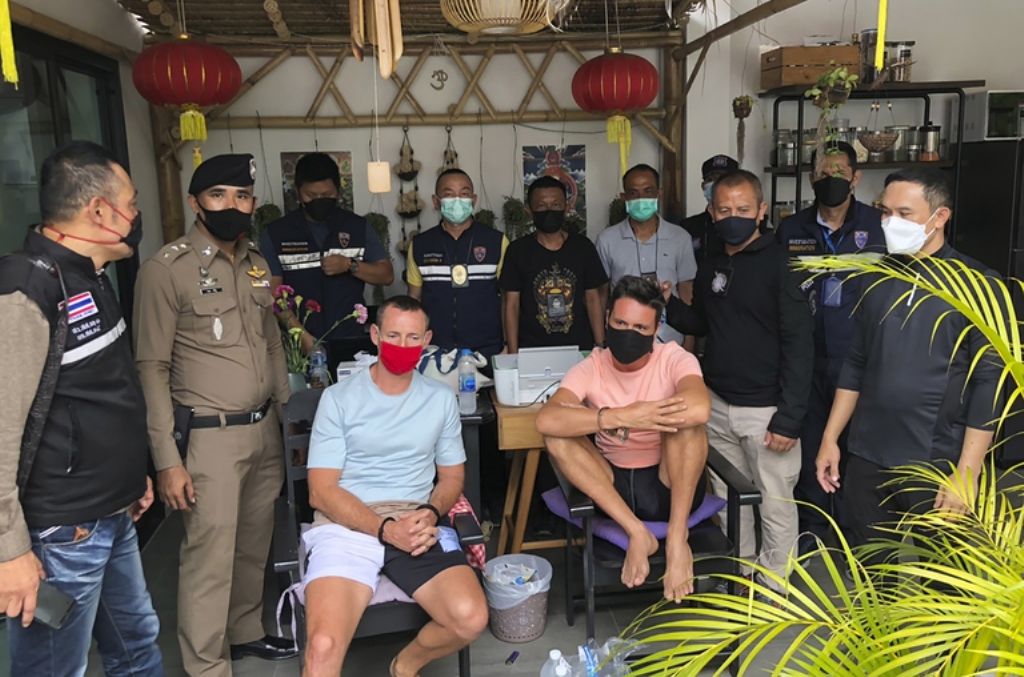 Two German men arrested in Thailand are expected to be extradited to Germany on suspicion of being part of a European drug trafficking gang, immigration police said Friday.

He said the two were arrested in southern Thailand at the request of German authorities for allegedly producing and distributing an illicit drug made from chemical and herbal substances. German Embassy officials said the gang distributed the drug in several European countries and some users reportedly died, Phanthana said.

The two suspects were unavailable for comment and it was not known if they had legal representation.

About 20 people suspected of involvement in production and sale of the drug were arrested in Germany, but the two detained Tuesday escaped to Thailand several years ago, Phanthana said. The two men face 14 charges in Germany related to trafficking the drug and two related to producing it, he said.

Kartun, who was accused of being the leader of the gang, was arrested at a luxury villa on Phangan island with a Russian companion, 42-year-old Victor Thubnikov, whom Thai police arrested for alleged possession of marijuana.

Phanthana said police will investigate the source of the two men’s funds. The suspects can challenge their extradition in court, though if they are found to be staying illegally in Thailand they may be subject to deportation without an extradition hearing.