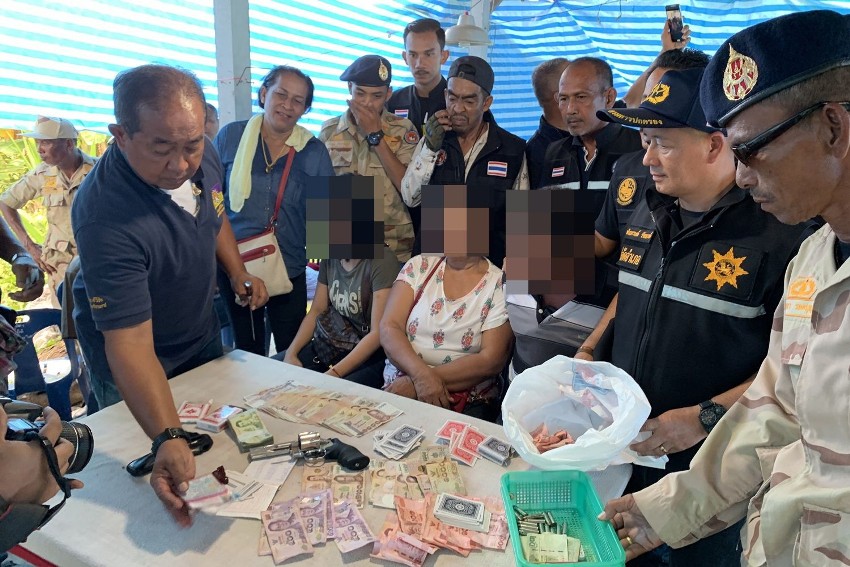 According to the Government’s Centre for Covid-19 Situation Administration Thai women who love gambling are the biggest violators of the social distancing practice.

According to police statistics of curfew breakers, 87 joined gatherings, up 47 from the previous day while 568 left their houses during curfew hours, down 27 over a 24-hour period, he said.

The Pattaya City issued an ordinance under the executive decree to temporarily prohibit people from using the Pattaya beach. Above all to enforce social distancing and also to stem the spread of the coronavirus.

Violators are liable to a jail term not exceeding one year and/or a fine of up to 100,000 baht.

Many people have ignored the City order, despite regular beach patrols to keep them away.

On Tuesday morning, a team of Pattaya and tourist police on regular patrol arrested 12 Thai and 11 foreigners on the beach. Some of them were exercising, some sitting on mats and others playing in the water.

They were taken to Pattaya police station and charged with violating the emergency decree.

The Thai health department on Tuesday reported only seven new coronavirus cases nationwide and two deaths. Bringing the totals in Thailand to 2,938 infected and 54 deceased. The number of confirmed new infections marks the second consecutive day of single-digit increases after the 9 new cases recorded yesterday.

Uncle Guns Down His Niece and Her Husband Over Family Debt