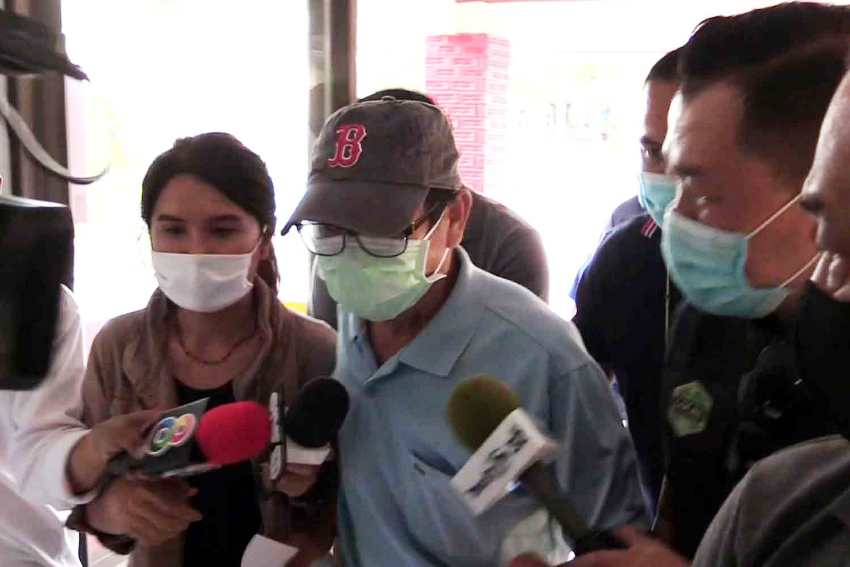 The headmaster of a elementary school in the Phetchabun province of Thailand has surrendered to Police on charges of child molestation. His arrest come after a video of him allegedly molesting a girl student was posted on Facebook

Mr.Narongwit Phakham was charged with performing an obscene act on a minor under 13 years old. Upon seeing the Facebook video police officials requested an arrest warrant from the Phetchabun Provincial Court.

The alleged offence was exposed when the Facebook page “Red Skull Society.” It uploaded the four-minute clip showing the school director with a schoolgirl in his office. Pol Col Nikom Prompiram, from the Ban Tiu police station, said Mr Narongwit was initially charged with performing an obscene act on a minor under 13. The offence carries a prison term of up to 20 years.

Mr Narongwit denied the charge and was released on police bail on Tuesday night after questioning. He has refused to answer any questions from the Thai Media and says he would only give details in the court.

According to the Bangkok Post the grandmother of the student said that the girl was regularly summoned by her school’s principal to run errands for 30-50 baht.

Meanwhile, the Office of the Basic Education Commission (Obec) has ordered an investigation. Secretary-general Amnat Wichaynuwat said the director could be fired if found guilty.