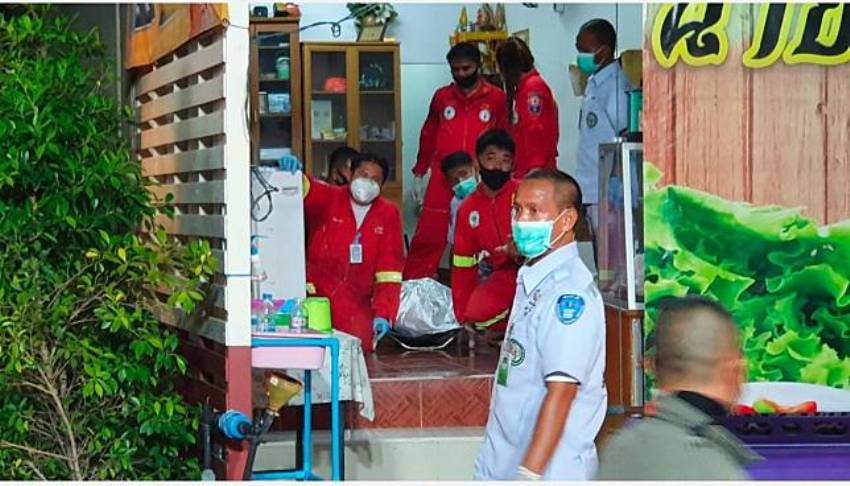 A Thai restaurant owner in Northeastern Thailand has shot and killed his wife and stepson before surrendering to police at the crime scene. Police said the shooting took place at a restaurant on Mahachai Damri Road in Maha Sarakham.

When police arrived at the scene, the alleged shooter had locked himself inside the building. Reportedly fired a round to warn officials against getting too close.

At the scene Police found Udomsak’s nephew Pholkrit Chukerd, 18, who had been shot in the back, lying in front of the building. He was rushed to Maha Sarakham Hospital and is now in stable condition.

Over 100 police cordoned off the area, while negotiators spent hours talking to the shooter to turn himself in.

According to the Nation News, Udomsak also surrendered a 9mm handgun reportedly used in the killings.

Neighbours reportedly said that they had heard the couple often fight about debts that his wife had incurred.

Singapore Man Who Forged Thai Visa Documents to be Deported