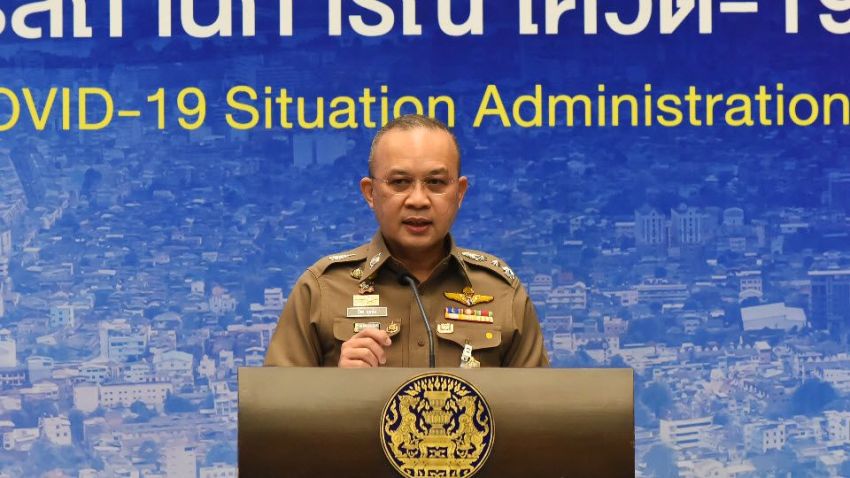 The police have warned that those going out during Covid-19 coronavirus curfew hours will be prosecuted and face harsh punishments. The Warning comes amid a country wide curfew imposed of Friday.

The Royal Thai Police Spokesman Pol Lt Gen Piya Uthayo said today that members of the general public are not allowed to leave home from 10 p.m. til 4 a.m. Those violating the rule facing prosecution with no exceptions.

The curfew was announced by the Prime Minister this week as an extension to the Emergency Decree imposed to curb the spread of COVID-19 in the country.

Persons who might have valid reasons to be out during curfew hours; such as shift workers for essential businesses; or those whose working hours end at around 10 p.m.; must carry with them an identification card and a letter of certification clearly stating the reason for being out after 10p.m.; and an office telephone number.

Those who intentionally break the curfew without valid reason will face two years imprisonment. Also up to a 40,000 baht fine, or both forms of punishment. The police say they will also be focusing more on communication with the general public about these rules. Above all during the first few nights of the Covid-19 curfew.

Even more checkpoints will be placed across the country in cooperation with the Ministry of the Interior and provost marshals. Police and also soldiers will be conducting more frequent patrols to prevent crimes.

The police spokesman has asked the general public to comply with these measures to minimize the spread of the virus, urging people to manage their time well around the imposed regulations.

He has asked the general public to understand the intention of these regulations to stop the spread of disease as quickly as possible, while admitting that there might be some obstacles in the early stages.