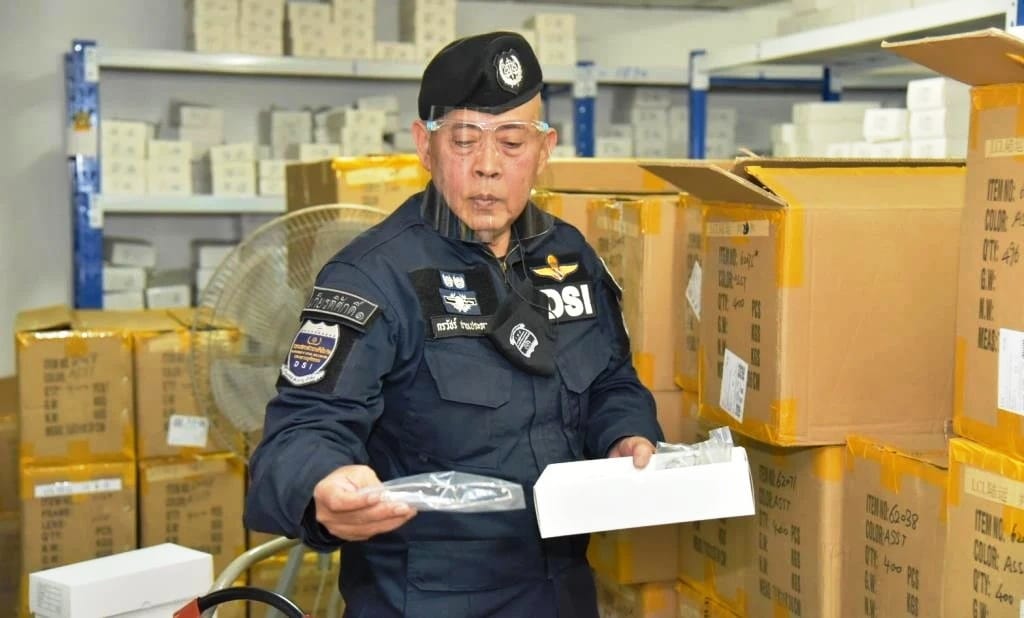 Police were acting on information pirated fake brand name sunglasses being stored there.

The fake goods were worth an estimated US10 Million (300 million baht) in total, according to the DSI.

The Chinese man was identified as Shang Li Li, 42, he was arrested and charged with smuggling.

Meanwhile, DSI consumer protection police on Tuesday raided premises where medicines and beauty products were being illegally produced in Nakhon Pathom province. They seized a large quantity of unregistered goods worth an estimated 500,000 baht.

Police said the raid followed information from the Food and Drugs Administration (FDA), which had monitored sales of these products on a website. Their investigation led to a court warrant to search the premises in Nakhon Pathom. Police did not disclose the location.

A woman who said she was the owner was present. She said she was once an assistant to a pharmacist, from whom she learned about various kinds of medicines.

She told police said she began her business by ordering the ingredients, then mixing them and filling blank capsules. She sold the goods on the website.

Pol Col Neti Wongkularb, who led the CPPD raid, said all the seized goods would be sent to the Medical Science Department for examination.