Thai Police Seized 11.5 Tonnes of Ketamine Worth US$960 Million
Advertisement 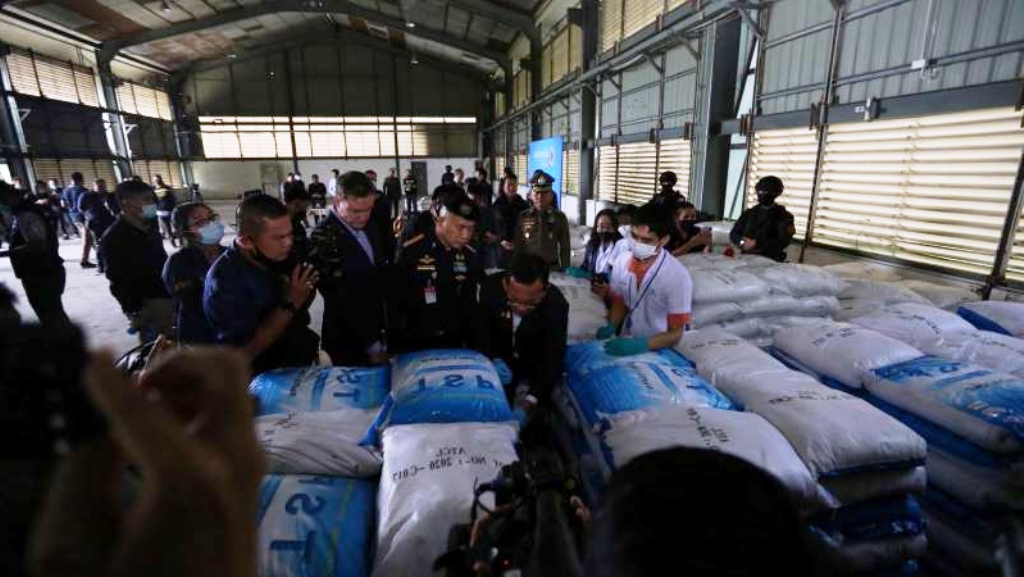 Thailand’s Narcotics Suppression police have seized 11.5 tonnes of ketamine worth nearly 30 billion baht at a warehouse in central Thailand. The ketamine seized was worth an estimated US$960 million. Narcotics police say contraband ketamine, most of it probably destined for Europe, Japan or Korea.

Montri Yimyaem, head of the Narcotics Suppression bureau, said the size of the haul pointed to a multinational network, and that Thailand would pursue it with other countries and international agencies.

In medicine, ketamine is used as an anaesthetic or an anti-depressant, but as a recreational drug it is used to induce dreamy or trance-like sensations, and sometimes hallucinations.

Investigators found 457 25kg bags of the drug, or 11.4 tonnes in total with market value of 28.7 billion baht, at a warehouse in Chachoengsao province, east of Bangkok, Reuters reported.

They had expanded their investigation after 300kg of ketamine that had come from Thailand was found in Taiwan.

“This discovery is only the beginning, there will be further investigations to seize ill-gotten gains connected to drug smuggling,” said Minister of Justice Somsak Thepsutin

Meanwhile, France has asked Thailand to assist in supplying information regarding two cases related to the transfer of money gained from the illicit drugs trade and from contraband goods, according to the Justice Ministry.

Justice Minister Somsak Thepsutin said he has been contacted by the French embassy seeking the ministry’s help in pursuing cases where money made from the illegal activities had been wired to Thailand in an attempt to launder it.

One case has to do with a large sum of money obtained by a drug network having been transferred from France to a Thai person in Thailand.

Mr Somsak said the Narcotics Control Board will provide assistance. Information was being solicited from France regarding the transfer details such as the bank accounts of the recipient.

In another case, money made from trading in contraband goods was remitted to Thailand. The Department of Special Investigation will be working on the case although the agency will be discreet with its investigation to keep the suspects from getting wise the authorities are on to them, Mr Somsak said.

The anti-money laundering law can be applied to the transfer cases, the minister added.

He said France attaches great importance to combating money laundering. An international effort is being made to share information about the crime in a bid to strengthen law enforcement against it.

Last week almost 6 million methamphetamine pills and a large quantity of other drugs were confiscated by police from a house in Nonthaburi. Police seized 5.9 million meth pills, 900 grams of ketamine and 885 Erimin 5 hypnotic pills from the house in Bang Bua Thong district.