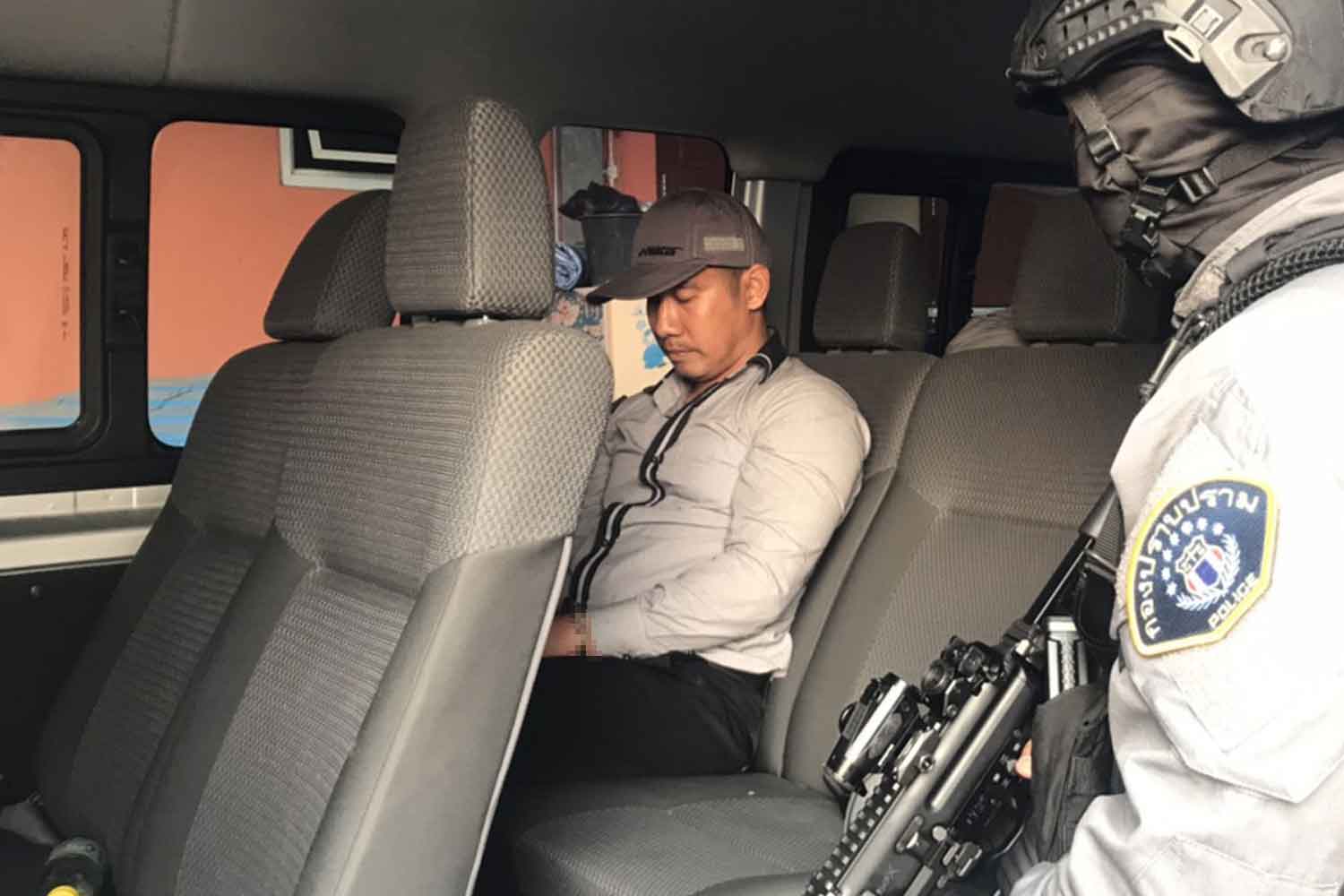 Thailand’s Criminal Appeals Court has upheld the death sentence for former schoolmaster who shot and killed three people including a child, and wounded four others while robbing a gold shop in Lop Buri province early last year.

The ruling was read out to former schoolmaster Prasittichai Khaokaew at the Criminal Court on Tuesday and was video conferenced. According to the Bangkok Post the Criminal Appeal Court upheld the death sentence and refused to reduce the punishment, as requested, describing his actions as inhumane.

The shootings occurred when former schoolmaster Mr Prasittichai, 39, robbed the Aurora gold shop at Robinson department store on Phahon Yothin Highway in Muang district of Lop Buri on the night of Jan 9, 2020.

The appeals court also reduced  the default interest rate from 7.5% to 5% for compensation totalling  6.36 million baht that Prasittichai was ordered to pay to relatives of the dead and the injured victims. The lower rate took effect from April 11, when a related law amendment was approved.

The Criminal Court on Aug 27 last year sentenced Prasittichai to death, and other penalties, for cold-blooded murder and illegal use of weapons.

During the robbery, he shot dead a security guard of the shopping centre, a two-year-old boy walking with his mother and a woman employed by the gold shop. He also shot and wounded four other people.

At that time of the robbery he was the director of a primary school in nearby Sing Buri province.

The handgun he used was fitted with a sound suppressor.

Prasittichai was arrested as he was leaving his house in Lop Buri, going to work as usual at his school, in the morning of Jan 22 last year.