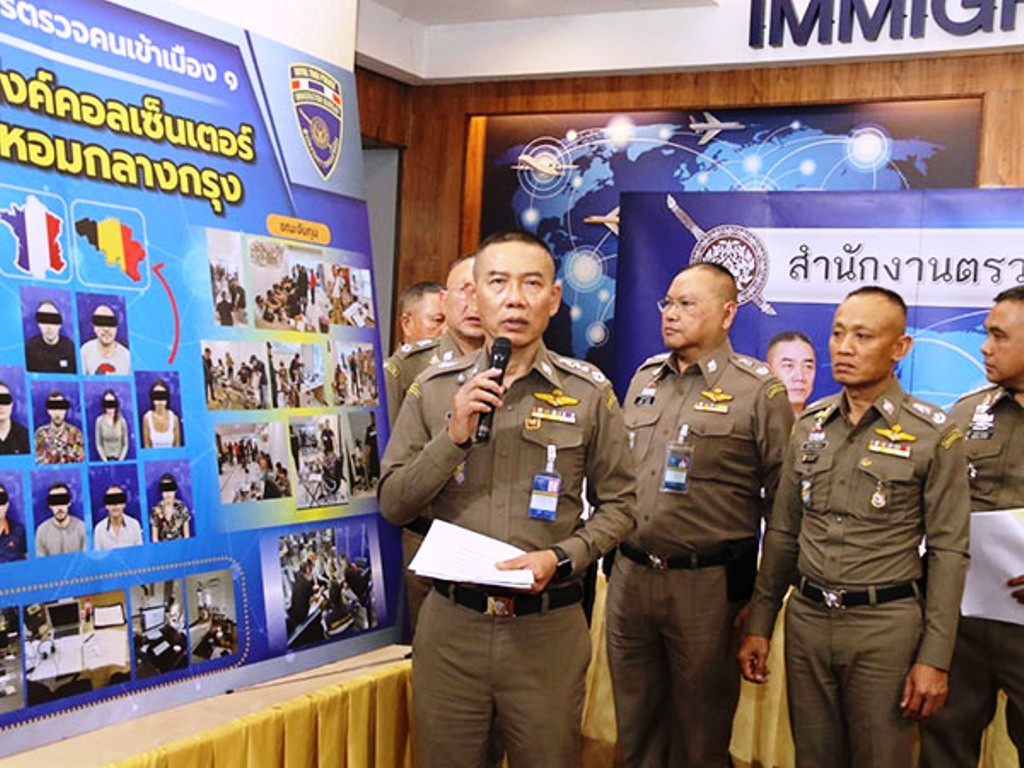 Thailand’s Immigration police have arrested 10 French nationals for allegedly operating an illegal call center in Bangkok. All of the 10 french suspects were found inside a rental house in Bangkok’s Thong Lor area.

Consequently the group had been under surveillance since Dec 23 last year, following a tip-off from a police informant.

Immigration chief Pol Lt General Sompong Chingduang, said nine of the suspects travelled to Thailand as tourists; only one had work permit.

The suspects used the office as call center luring companies in France and Belgium to use their accounting and tax services. They are charged with working without permits and also operating an illegal call center.

Furthermore their behavior raised suspicions as they arrived at 3pm and left the house around 9pm.

The suspects confessed they called to French and Belgian businesses, pretending they a Singaporean company offering financial services. Claiming they could help clients manage corporate accounts and reduce tax payments.

They were four Turkish nationals; — two men and two women — one Iranian man; one Dominican man and a Malaysian man, the officials said.

Biometric screening has above all helped the bureau arrest a number of suspects travelling on false documents.