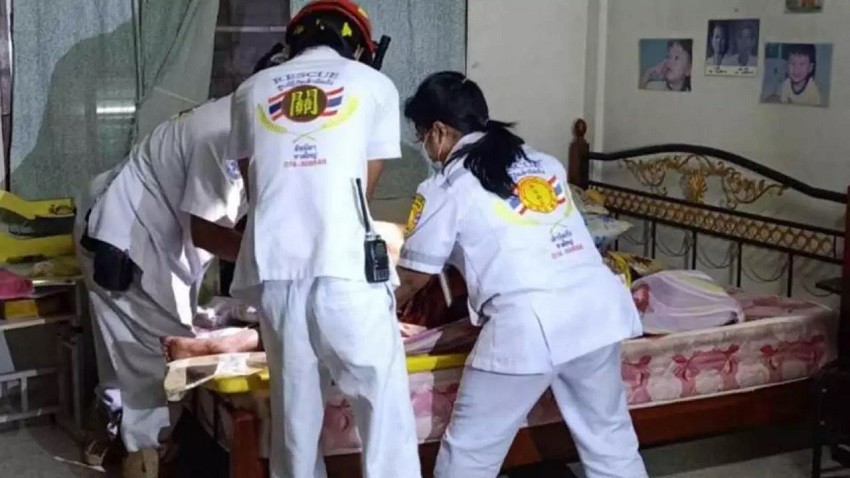 Police in Southern Thailand have arrested a 16-year-old boy after he stabbed his mother 12 times, because he didn’t like her rules. The Teen boy has been charged with attempted murder and use of a deadly weapon.

The attack took place on Saturday at 3am at a house in Songkhla’s Hat Yai district. The mother had recently returned from abroad and had been in the house for only 10 days.

On Sunday the teen boy, accompanied by relatives, surrendered police in Hat Yai district. He was charged with attempted murder. The boy reportedly said he wanted to kill his mother in order to be free of her domination.

She never forced him to follow her instructions, he said, but he felt uneasy and wanted to lead his own life. The teen boy had lived in the house with his grandmother while his mother was abroad. He also dropped out of school after the 8th grade.

He attacked his mother while she slept

In a handwritten note given to police, the boy said he attacked his mother while she was asleep. “I covered her eyes and mouth, and stabbed her many times in the abdomen. I wanted to take her life. When she struggled and turned her back to me, I repeatedly stabbed her in the back,” he wrote.

According to the note, his wounded mother asked him why he was doing this to her. She said she loved him and told him to escape quickly. “She made me understand how much she loved me. I ran out of the house.

My hatred of her turned into a feeling of guilt. I want to be punished for what I have done,” he wrote. Pol Capt Saksit said Ms Khemisra was admitted to a hospital and declared out of danger. A husband and wife have been arrested for robbing a gold shop in southern Thailand. Absconding with necklaces valued at thousands of baht. They have a 2 year old son and the wife is 7 months pregnant with their next child.

According to The Thaiger they told police that they needed money to support their family.