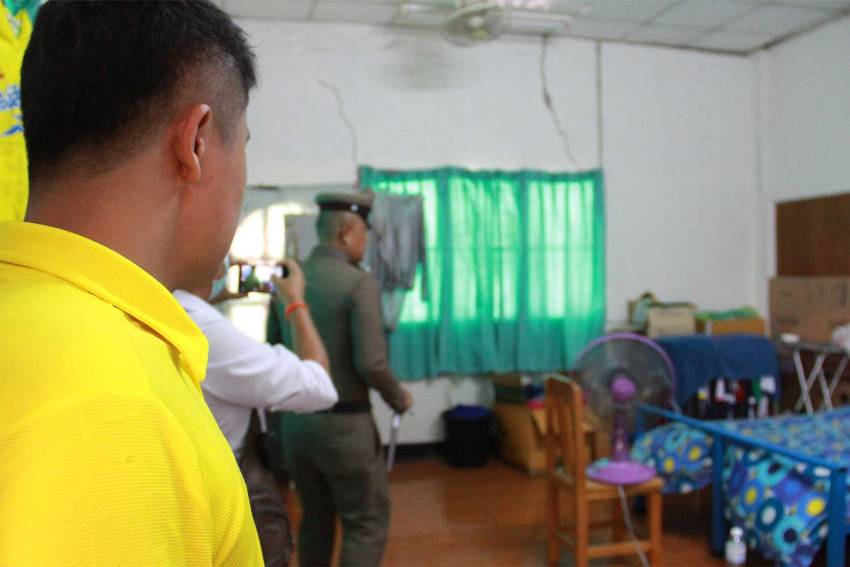 A teacher facing a child rape charge in northeastern Thailand now faces Intimidation charges after threatening the girls family if she talked. The physical education teacher at a school in Buri Ram is accused of raping a 12-year-old schoolgirl.

Police initially pressed three counts against Kittiphop Karnram, 33, a physical education teacher at a school in Buri Ram. He was charged with – depriving a girl under 15 of parental care; indecent behaviour with a girl under 13; and raping a girl under 15; regardless whether she consented or not, said Pol Capt Sakchai Kittiudomphan.

He said police examined the suspect’s quarters in the school grounds on Thursday.

The police case would be submitted to prosecutors by the end of this month. Investigators were still gathering evidence and would later press an additional charge of intimidation against the teacher, he said.

The scandal came to light when the parents of the 12-year-old girl filed a complaint with police against Mr Kittiphop. Charging he lured their daughter into his accommodation on June 24.

The physical education teacher also sent a chat message asking the girl not to forget to take birth-control pills.

He later allegedly threatened to kill all her family if she told others what happened.

Two fellow teachers signed as guarantors and submitted a bail request for his temporary release on July 21.

This drew an angry response from the parents and local residents. They protested publicly against the school director and the two teachers. Bowing to the mounting anger, the two guarantors withdrew, and the suspect was returned to Jail.

Meanwhile, a former school janitor in northeaster Thailand has come forward saying he was sacked because he knew too much about the physical education teacher.  Mr. Suchakree Setsiri, 50, said he was sacked after he exposed the story of a teacher sexually abusing a 12-year-old girl.

Before moving, the girl’s mother had notified the Police Station saying her daughter had received a message from the teacher. The teacher allegedly texted, told the 12-year-old girl forget to take contraceptives. And don’t tell anyone or I will kill your family”.

The mother did not provide any more details because she was concerned about her family’s safety.