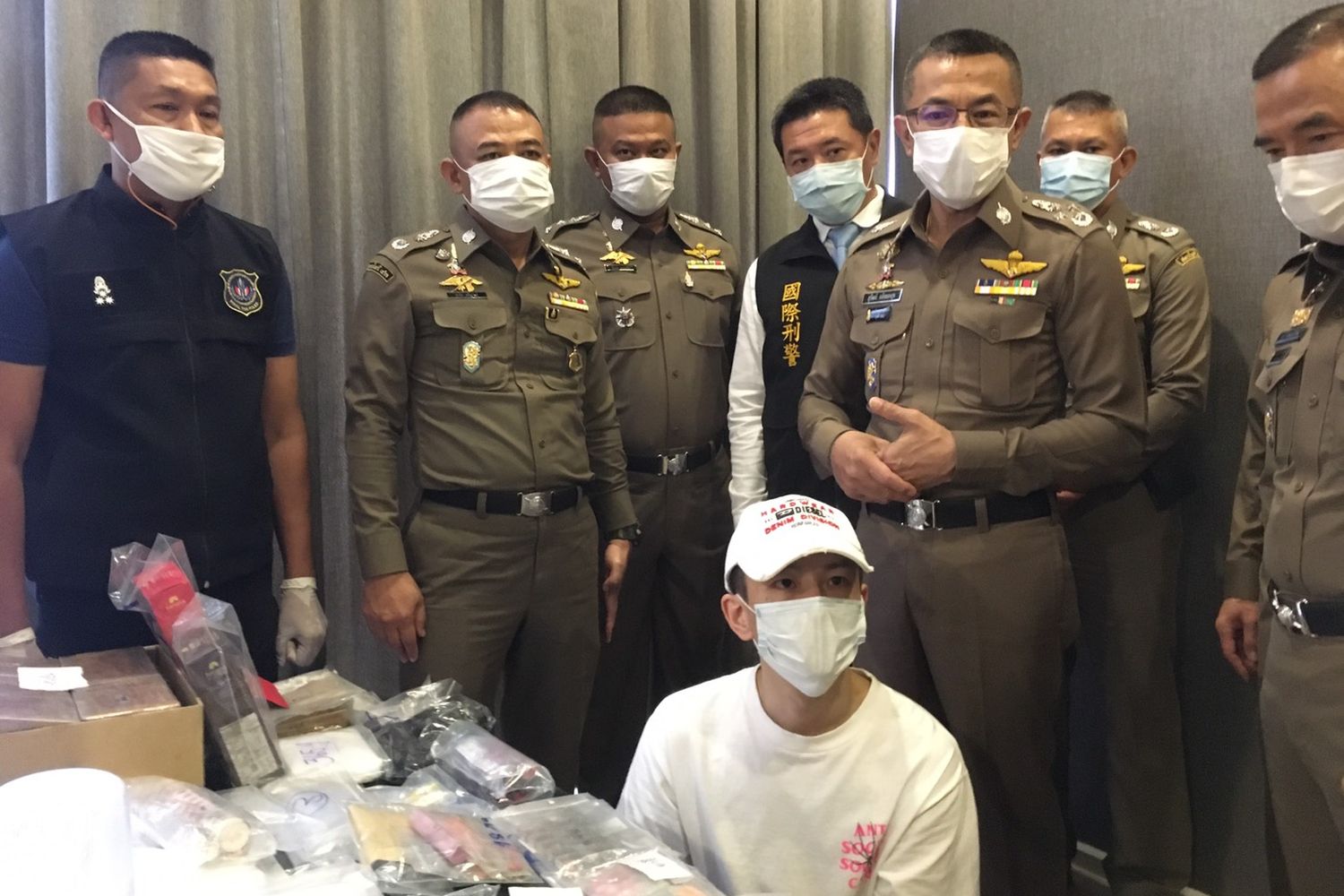 A Taiwanese man has been arrested with drugs believed to have been used in making the “k-powdered milk” cocktail, during a raid in Bangkok. Chou Yi Shen, 38, was arrested on Monday with drugs at a condominium in Ratchathewi district.

Mr Chou admitted to having mixed the drug cocktail called k-powdered milk with Diazepam. Formulas for the drug were found on his mobile phone.

In addition to mailing the cocktail to customers abroad using the Dark Web as a marketplace and bitcoin as the money, Mr Chou sold it online to Thais and foreigners living in Thailand.

He allegedly told police he had started selling drugs to a group of foreigners years ago in his home country. When he ordered 280gm of cocaine and 80gm of marijuana from the US to Taiwan. He allegedly faced an arrest warrant and fled to Thailand eight years ago using a forged passport.

He had since traded drugs in the country, operating from several condominium units in Thailand. He avoided being caught for a long time and earned the “Lupin Taiwan” nickname as a result.

Eleven people died after using k-powdered milk early this month and dozens more are still hospitalized, prompting a hunt for those responsible.

According to the Narcotics Suppression Bureau of the Royal Thai Police, the k-powdered milk cocktail was first detected in October last year in a parcel destined for the United Arab Emirates. Police traced it back to the source and found a suspect based on closed-circuit camera footage, leading to the arrest on Monday.