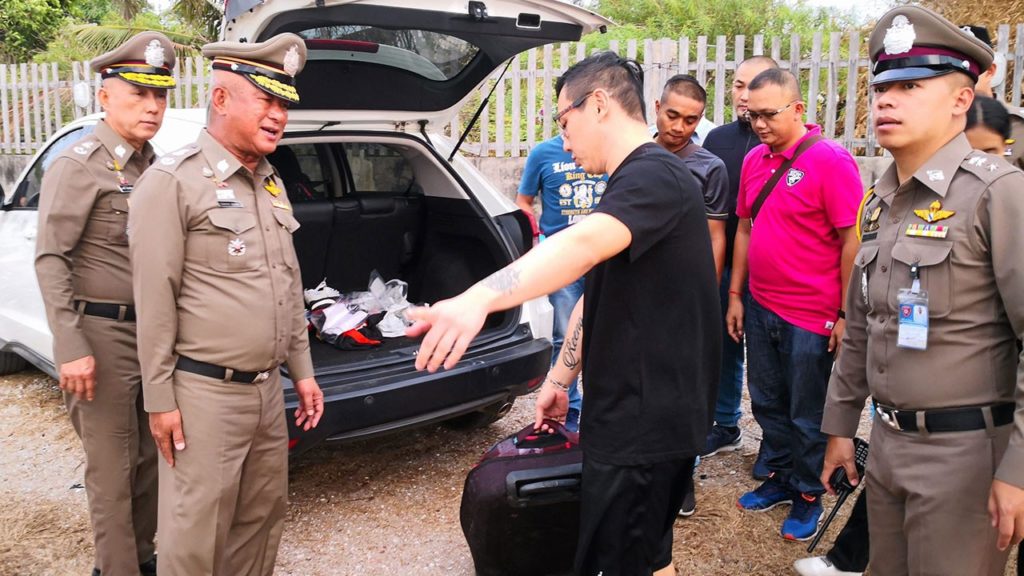 A Taiwanese man has confesses to killing his wife and dumping a suitcase containing her body into the sea in Thailand’s Chon Buri province. The body of  Ms. Liew Lili, 33, was found washed ashore at Bang Phra beach, Friday.

Ms. Liew’s wrists and ankles were bound by a black cable and a green cord. Her head was wrapped in yellow duct tapes and covered by a black plastic bag.

The body was stuffed in a red-black bag, which did not entirely cover her back when it was found.

She was dressed in camouflage shirt, black shorts, and Asics-brand white running shoes. There were red Chinese tattoos on her left shoulder and black ones on her inner right ankle.

On Sunday, police arrested him at a rented apartment in Si Racha district.

During interrogation, Mr. Lu Chu Yang, 38, said he bought duct tape, cords and large plastic bags from a store in the district .

Lu confessed to the police to brutally murdering his wife after a fierce quarrel over family business. He also said they were arguing over the nationality of their three-month-old child.

He was brought to Bang Phra beach to reenact his crime on Monday.

According to police the couple who ran a garment export business in Thailand.