Suspect in US$31,760,000 Investment Scam Surrenders to Thai Police
Advertisement 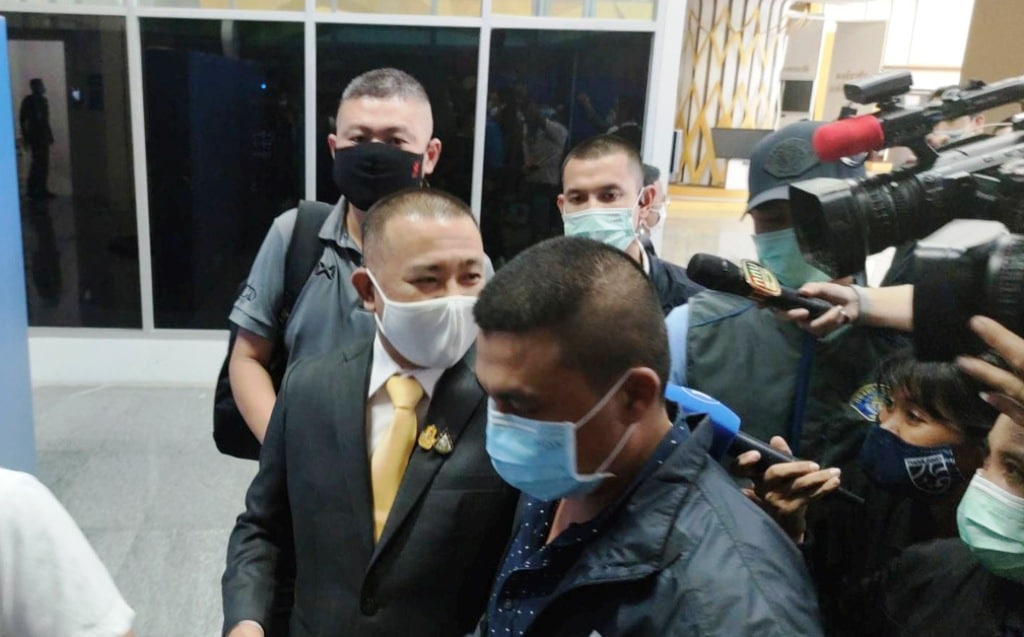 The key suspect in a US$ 31, 760,000 investment scam which included a well-known tourism project turned himself in to police on Monday to face charges.

Well-known businessman Prasit Jeawkok, chairman of the Kuen Khun Pandin (“Paying Back the Land”) project, showed up at the Crime Suppression Division (CSD) with his lawyer to answer charges of colluding with five others to swindle the public in an investment scam.

Four of them — Major Amaraphon Wisetsuk, an army doctor and chairwoman of the Tiew Puea Chart (Travel for the Nation) project; Nuttawan Uttamaprakrom; Sirima Naovarat, and Kittiwat Oum-aree have already been arrested while the other, Kittisak Yenyanond, remains at large.

Mr Prasit has of course denied the charges, saying he had evidence to prove his innocence. He also urging the public to distinguish between business fund-raising and network marketing.

Mr Prasit told Thai Media he had also been dragged into a political conflict, apparently referring to an accusation made last year by Pannika Wanich, spokeswoman for the Progressive Movement. An accusation that Mr Prasit was behind the army’s “information operation” and had allowed his officers to participate.

Police raided locations in greater Bangkok last week, acting on complaints filed by thousands of victims who were lured to invest in various schemes with offers of high returns. The investors received initial dividends and were persuaded to invest more, at which point the payments stopped.

A group of 20 complainants led by fellow victim Atichart Laohapibulkul on Monday gave further statements to the CSD.

Mr Atichart said he thought he could trust Mr Prasit who is a high-profile public figure and had been part of every investment scheme offered by Mr Prasit’s group.

He said he had ended up losing about 80 million baht over the course of two years.

He said he suspected something fishy when Mr Prasit claimed the company had liquidity problems due to the sluggish economy, which contrasted sharply with earlier feedback about the health of the business, according to Mr Atichart.

Meanwhile, Lt Gen Thanet Wongcha-um, chief of the 2nd Army Region, said a fact-finding probe had been launched following the arrest of Maj Amaraphon for alleged involvement in the fraudulent scheme to determine if she would face disciplinary action.

He said the 2nd Army Region would cooperate with police in the probe and Maj Amaraphon, who was released on bail, could be suspended.

Americans Arrested in Bangkok for Kidnapping and Extortion