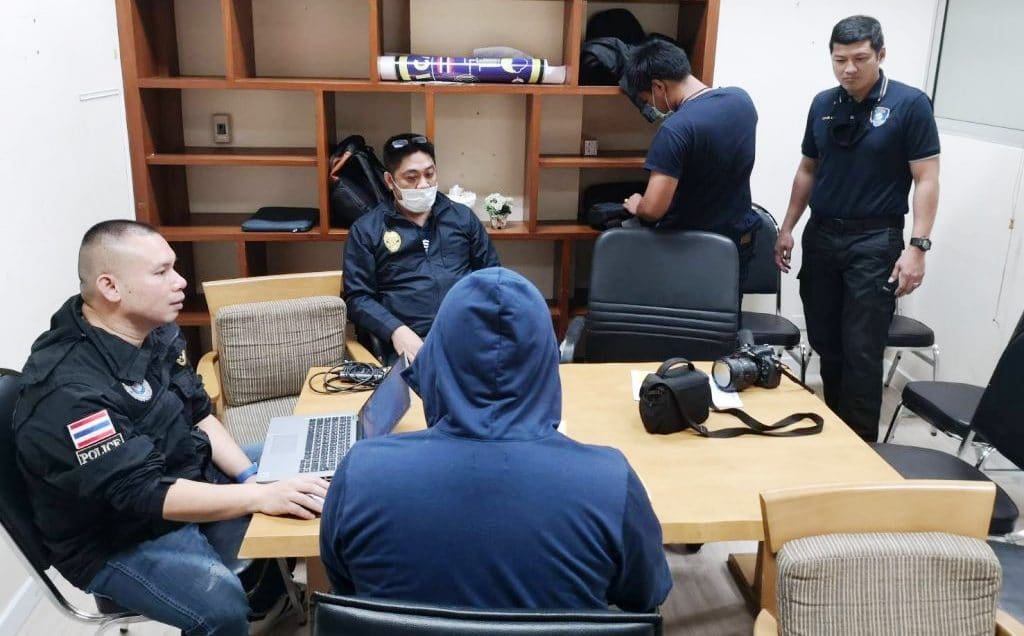 Thailand Internet Crimes Against Children (TICAC) of Region 5 Police announced the arrested a 22 year old man caught in possession of explicit photos of children. He is being accused of being in possession of child pornography with intent to distribute.

The man is accused of using the Twitter platform to sell child pornography. Police say that he is a third year student and was arrested in his residence in Suthep Sub-district.

He told police that he bought the explicit images off a provider on Twitter who sold them for 20 baht each. He would then sell them on for 200 baht each in order to, “supplement his income”.

Police say that they have evidence that he had been selling such images since 2019. Police said they were continuing their Investigation and hunting for the supplier and buyers of the horrific explicit photos.

Meanwhile, Police in Chiang Mai have arrested a 48 year-old man for allegedly shooting a policeman during a routine arrest.

Police say that on the 29th January the 48 year old man from Mae Rim, Chiang Mai shot a policeman in the hip during a routine arrest.

Mr Mao said that he can not be held responsible for his action as he was under heavy medication from Suan Prung Hospital and was not in his right mind. Mr Mao said that he had not escaped nor evaded arrest as accused. He had been in his village the entire four days the police say that they were looking for him.

He has denied all charges, while police say that they will continue their investigation.