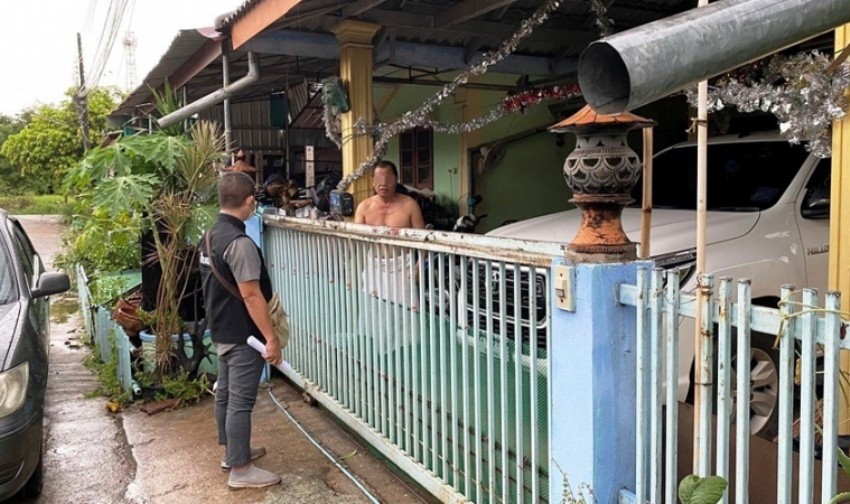 A School teacher in northeastern Thailand was arrested on Friday for the alleged sexual abuse of his 13-year-old niece. According to Thai media the 13 year-old niece lived with him and his wife.

Police, said the school teacher has denied the charge. He was taken to the provincial court where police applied to detain him further.

This is the fourth case of alleged abuse of student involving teachers this month in Thailand. Child rights activists have begun a campaign to protect students from predator teachers.

His wife teaches at the same school, and was reported to be shocked by the events. The girl had been staying with her uncle and aunt for three years. The victims parents work in another province.

Her parents thought it unusual that the suspect was in the girl’s room when they spoke to her by video recently, police said. They decided to take her away to stay with them.

The girl later admitted to them she had been physically abused.  The parents registered a complaint with police in Nakhon Phanom on May 18.  Police investigated and after the girl was given a medical examination decided to press charges, Pol Lt Col Jeerut said.

The school’s director said the suspect would also face disciplinary punishment if he is found guilty.

Schools allowed to reopen in Thailand

Meanwhile, Thailand’s Education Ministry has said schools in Thailand are allowed to reopen July 1st but are obliged to follow strict health measures. Guidelines approved by the Centre for Covid-19 Situation Administration (CCSA).

Schools wanting to open before July 1 will be examined on a case-by-case basis. Above all whether they can adhere to sanitary and health guidelines set by the government.

If schools think they can, they might be open before July 1, Education Minister Nataphol Teepsuwan said. The CCSA will not allow schools to reopen if it believes they cannot make classes safe from Covid-19 for students.

Measures, drawn up by the Health and Education ministries include; temperature screening before entering schools; the wearing of face masks; and having enough hand-washing facilities with soap or alcohol gel.

Social distancing rules will also limit the number of students per class to between 20 and 25. Furthermore frequent cleaning of school premises will also be required. Activities requiring physical contact will be banned.

Mr Nataphol said the CCSA will circulate the health and safety criteria to all schools nationwide. He said if schools find the criteria problematic they can propose alternative measures.

Each school committee should decide whether they can comply with the Covid-19 guidelines. They can then inform the ministry that they are ready to reopen. The Education ministry will later make an assessment and seek CCSA permission to reopen.