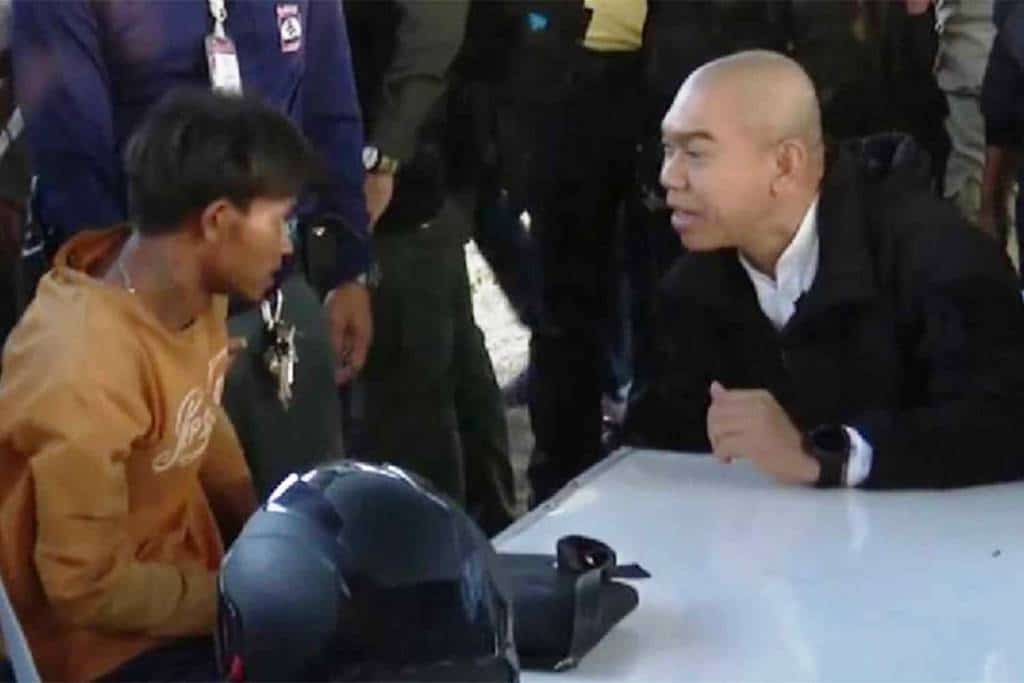 A released convict been arrest for the raping and killing of an 8-year-old girl in northeastern Thailand’s in Nakhon Ratchasima province.  The man had earlier been jailed for four years for child sexual abuse and was released from jail only three months ago. The young victim’s mother called for the death penalty.

Police said Mr Anuwat Pholjapor, 24, was arrested behind his house at Mab Chuek village in Nakhon Ratchasima shortly after he hideout in the nearby forest on Thursday evening,

The girl was found dead in a rice paddy field at Mab Chuek village on Wednesday night by her parents. Her parents began a frantic search after returning from work at a construction site and finding her missing.

Sadly they found their daughter dead and naked, with bruises around her neck.

He said he walked past the girl’s house on Wednesday evening and saw she was alone. The girl was carrying a blanket and walking towards her grandmother’s house.

He became aroused, abducted the girl and took her to a pond in a field behind the village. There he raped and later strangled her, according to police.

He then used the child’s blanket to cover her body. He then fled into hiding in a nearby forest, where he stayed overnight.

On Thursday evening, he felt hungry but had no money. He thought police might have left the village, so he left the forest and returned to his house, hoping to find something to eat then pack his belongings and leave.

Instead, police were waiting for him. He was arrested and taken to the local police station.

Pol Maj Gen Pornchai Nonwachai, the provincial police chief, had earlier authorised a 20,000 baht reward for information leading to the arrest of the suspect. The girl’s mother said on Friday she would not forgive her daughter’s killer. It was an inhuman act and he deserved the death penalty, she told reporters.