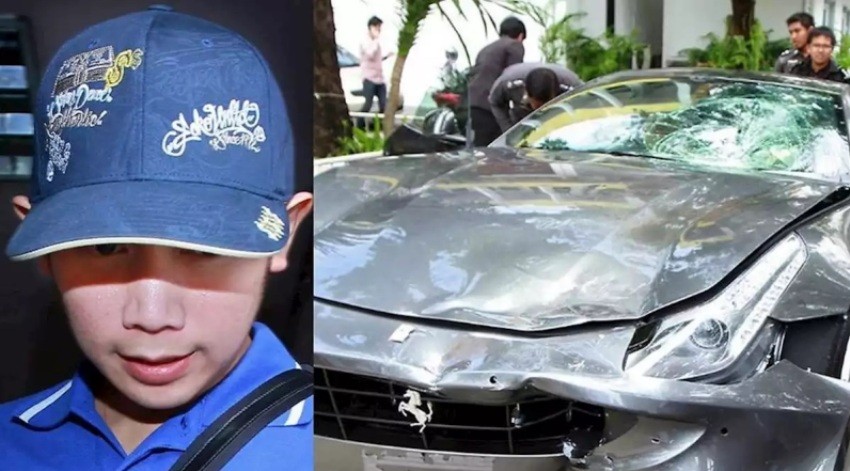 All local and international arrest warrants were also revoked following the decision.

The move has sparked public outrage over the impunity enjoyed by the rich in Thailand. With angry netizens pointing out that prisons are used to incarcerate only the poor. The rich who are implicated in serious crimes never see the inside of a jail cell.

An activist has vowed to petition the anti-graft agency to investigate the prosecutors and police who handled the case. The reasons behind the decision are still unknown to the public.

Furthermore the Office of the Attorney General (OAG) has not given any explanation.

The news was broken on Thursday night when Reuters reported the details of the letter sent to Mr Vorayuth‘s Bangkok address by the Royal Thai Police.  The letter had been uploaded to The Reporters Facebook page.

According to the letter, “The Attorney-General has ordered the acquittal of Mr Vorayuth Yoovidhya on all charges.” Even more “The national police commissioner did not object to the order. The case has ended”.

The news immediately sparked public anger. On Twitter, #RedBullheir was the top trending hashtag in Thailand in over 200,000 tweets as of 8pm on Friday.

No one from the OAG could be reached for comment on Friday.

“I don’t know about it yet. The report has not reached me yet. I need to look at the details first,” Mr Wongsakul was quoted as saying.

Pol Col Kissana Phathanacharoen, deputy spokesman of the Royal Thai Police, told a press conference on Friday that the Department of Southern Bangkok Criminal Litigation decided late last month not to press the remaining charge. The charge of reckless driving causing death and police agreed with the prosecutors.

The next steps will be to formally withdraw local warrants for the arrest of Mr Vorayuth through the court. Also to ask Interpol to lift its red notice, Pol Col Kissana said.

“The revocation of warrants is a normal procedure in such cases,” Pol Col Kissana said. He also refused to elaborate on the reasons for the prosecutors’ decision.

“Whether police oppose the prosecutors’ decision or not depends on the witnesses and evidence. Not on social or public demand.

Even the chief of the Royal Thai Police can not intervene in the work of police interrogators assigned to handle cases, he added.

Pol Col Kissana said that before their decision, prosecutors had demanded additional interrogation from police, and police had met the demand.

“Mr Vorayuth can now return to Thailand without any problem. At this moment, we don’t know where he [Boss] is,” he noted.

Suriyan Hongvilai, spokesman of the Office of the Judiciary, said that police had not yet submitted a request to withdraw the arrest warrants for Mr Vorayuth to the office.

Pol Maj Chavalit Laoha-udom, a list MP of the Move Forward Party (MFP) who was a forensic officer gathering and examining evidence in the case at the time said he was upset by prosecutors’ decision.

He said he was confident that there was solid evidence against Mr Vorayuth.

Jirawat Aranyakanont, a Bangkok MP for the MFP, called on police and prosecutors to provide reasons for dropping the charge.

“This is unlikely to happen to ordinary people. I wonder if prisons are for locking away poor people only,” Mr Jirawat said.

Undermined public trust in the justice system in Thailand

Varaporn Uthairangsi, a lawyer for the Human Rights Lawyers Association, told the Bangkok Post that prosecutors should have sought greater assistance from Interpol. Above all to apprehend and bring Mr Vorayuth back to Thailand.

“This decision undermines public trust in the justice system,” she said, adding that the prosecutors should reveal details of their report to the public and explain why they decided to drop the charge.

Activist Srisuwan Janya said that the decisions by the prosecutors and police in the case might constitute an act of preferential treatment and he will ask the National Anti-Corruption Commission to investigate next week.

Mr Vorayuth, now 35, was accused of driving his black Ferrari when it hit the rear of a policeman’s motorcycle at high speed, dragging his body along Sukhumvit Road before speeding away in the early morning of Sept 3, 2012. The victim was Pol Sgt Maj Wichian Klanprasert, 47, who was based at Thong Lor police station. Mr Vorayuth was then 27 years old.

He postponed hearing charges seven times. It was not until April 27, 2017, that prosecutors finally charged him with reckless driving causing death and failing to help a crash victim.

The speeding charge and reckless driving causing damage to assets were later dropped when the one-year statute of limitations expired. The next charge — failing to stop and help a crash victim — expired on Sept 3, 2017.

The last and most serious charge, reckless driving causing death, would have remained on the books until 2027, but has now been dropped.