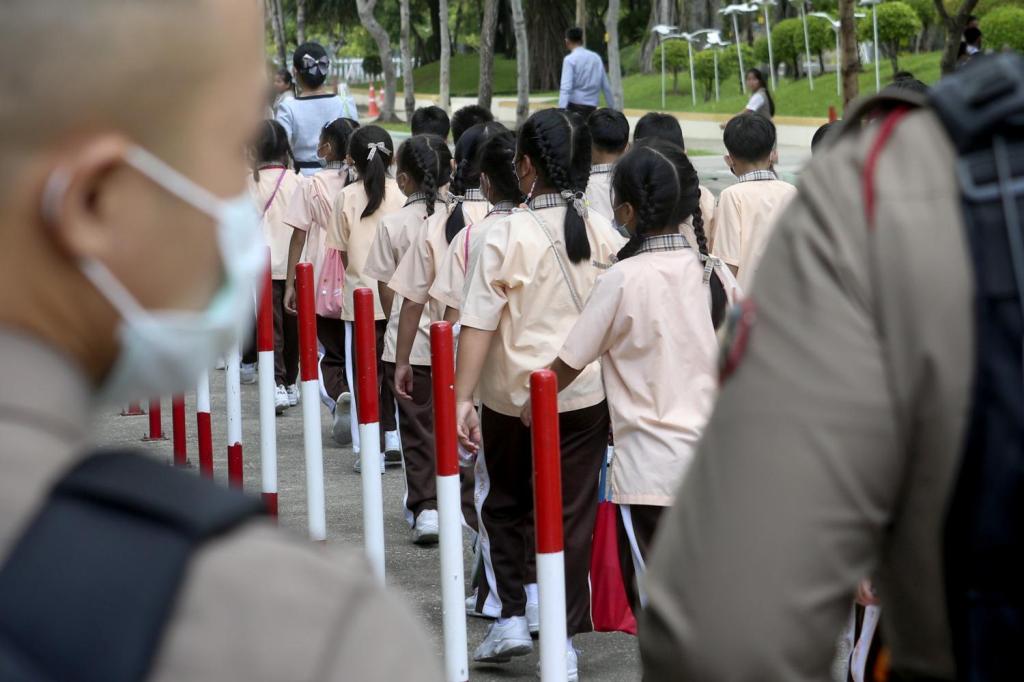 A criminal court has given jail sentences to four private school teachers after parents filed complaints against them for assault of their children, laywer Ronnarong Kaewphet said.

In a Facebook post on Monday, aywer Ronnarong Kaewphet, said the parents of students who attended Sarasas Witaed Ratchaphruek private School in Nonthaburi province had filed a complaint against four teachers for physical assault of 13 young students.

The private school said on Sept 28 that it had terminated the employment of the four teachers after a CCTV footage of a female teacher assaulting kindergarten children went viral on the internet.

In anger, parents of an abused student assaulted the teacher in the footage, Onuma Ploadprong, prompting her to file an assault charge against the couple on Oct 5. Onuma later withdrew her charge on Oct 12, claiming that she was forced by the school to file the case.

“Lawyers in this case are transcribing the verdict. Here is what we know so far,” said Ronnarong. “In the seven cases No. 4091-4097, the court gave unsuspended imprisonment sentences ranging from 15 to 75 days. Onuma has so far been given two months’ unsuspended prison time.”

Ronnarong added that all the defendants confessed to their crimes, so the prison time that they received was already halved from the original verdict.

Meanwhile, the Teachers’ Council of Thailand has filed complaints against the principal and executives of Sarasas Ratchaphruek School in Nonthaburi province. Above all for violating the Teachers and Educational Personnel Council Act.

A spokesperson for Thailand’s ruling Palang Pracharath Party, Patcharin Samsiripong, said a House committee on youth met on Tuesday to discuss the abuse of children at many Sarasas schools.

Representatives of the police and Thailand’s Ministries of Education, Public Health and Social Development and Human Security would be invited to a meeting scheduled for Oct 21 to speak about measures to rehabilitate the abused children and legal action against the guilty teachers, said the spokesperson.

Education Minister Nataphol Teepsuwan said his deputy, Kanokwan Vilawan who is responsible for the Office of the Private Education Commission, was looking into the specific case of Sarasas Witaed Ratchaphruek School.

Asked about calls to close down the school, the minister said such a measure would force thousands of students to find a new school.

Sarasas Witaed Ratchaphruek must be given a chance to solve its problems first, he said, and the immediate priority was to take care of the abused students. – Asia One