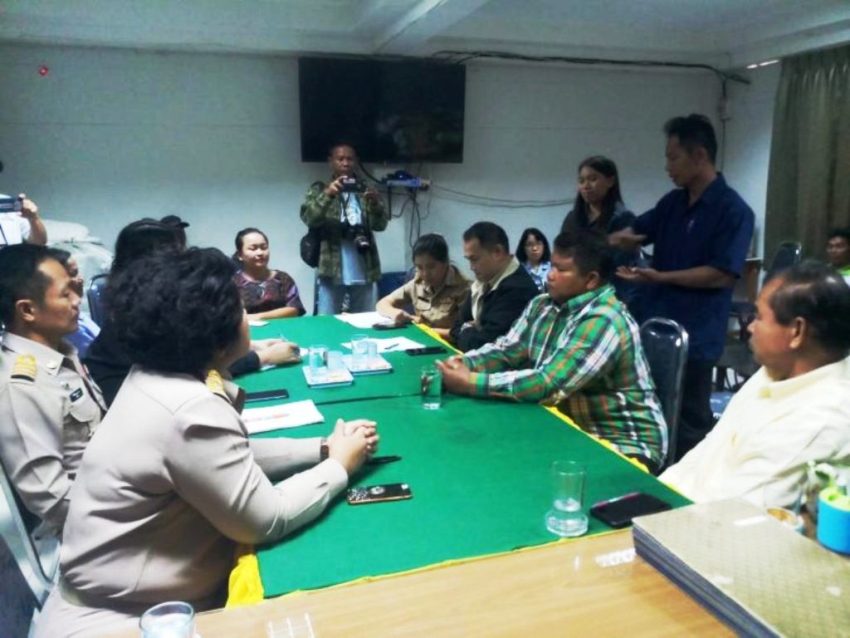 An 83 year-old man has filed charges against a school principle for allegedly beating and threatening his 10 year-old grandson.  The man also stated that the principal threatened to beat his grandson to death.

The 83 years grandfather filed the report at the Sanom Police Station in Surin Province, yesterday.

Mr. Supon told police that the principal called his grandson in for a talk in his room, he ended up giving the young boy several hits behind the head and arms.  The beating was so bad that the boy ended up with a bleeding 10-centimeter head injury.

Officials from the Provincial Social Development and Human Security Office and related officials went to inspect the school on 17 February 2020. A meeting took place with the school’s principle to which he admitted to beating and threatening the school boy.

Mr. Supon said that what happened to his grandson shouldn’t have happened in this day and age. The incident has also made him consider where to move his grandson to another school.

Upon questioning the principle stated that he hit the child because he couldn’t handle the young boy. He said every day the boy would be called to his office, at least 3 times a day. He was angry and told the child that he needed to get beaten to death and to eat the boy’s liver with whiskey.

This scared the school boy who didn’t come to school for 3 days, the Thairesident reports.

Meanwhile, Nattanee Anusasnan an Social Development official stated that such topics are very sensitive. The boy is young and he is still learning. No matter how much he is acting out there should be a better solution than violence.

Parents should understand if the child prefers book study or sports and choose appropriately the school that matches the child. She hopes that the grandfather and the principle can find an agreement. However the case would be dealt with according to law by the police, due to the assault and threats.

Meanwhile, a 12-year-old schoolboy has been seriously injured after he fell from a third-floor escalator in Bangkok while reaching for his dropped mobile phone. The accident happened at Central World shopping complex in Bangkok on Thursday afternoon.

The boy, from a school in Chiang Mai, landed on the first floor inside the Central World shopping complex. He was rushed to the adjacent Police General Hospital, Thai media reported.

Police said the student dropped his mobile phone while going down from the third floor on an escalator. He reached out to grab it, over-stretched and fell.