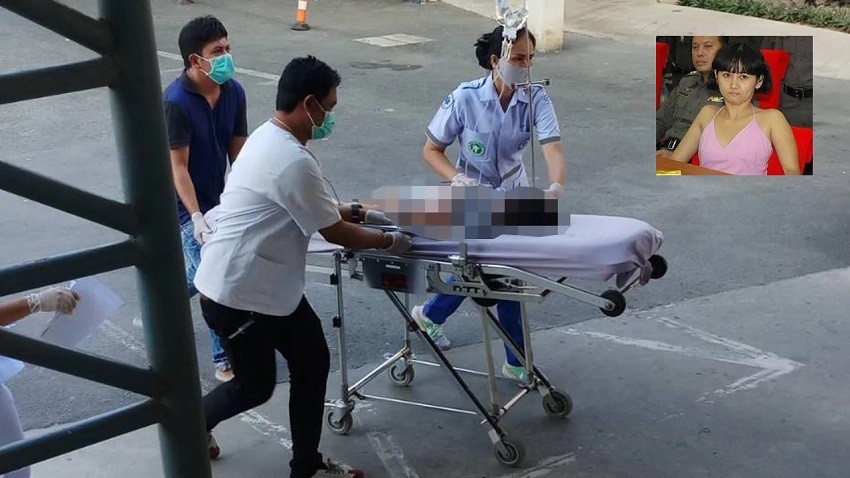 A woman convicted of stabbed 4 girls 14 years ago has turned herself into a local police station after stabbed a 5 year-old girl. The woman stabbed four schoolgirls in Bangkok 14 years ago

Salee Uanmin, the girl’s 49-year-old grandmother, runs a food stall at the house, which she rented from Jitrlada’s mother.

A heart-broken Ms Salee told police she was filling an order for six boxes of food placed by Jitrlada. She had scooped steamed rice into the boxes when she saw her 5 year-old granddaughter, Tiprada Homsuwan, had fallen from her bed. That’s when she noticed her chest was bleeding.

Little Tiprada was rushed to Nakhon Pathom Hospital, but consequently the wounds proved fatal. Shortly afterwards Ms. Jitrlada gave herself up at the local police station.

In 2005, Jitrlada stabbed four schoolgirls at Saint Joseph’s Convent in Bangkok. She was found guilty of attempted murder and sentenced to four years in prison.

Afterwards, she was sent to Galaya Rajanagarindra Institute for mental treatment, and later discharged.