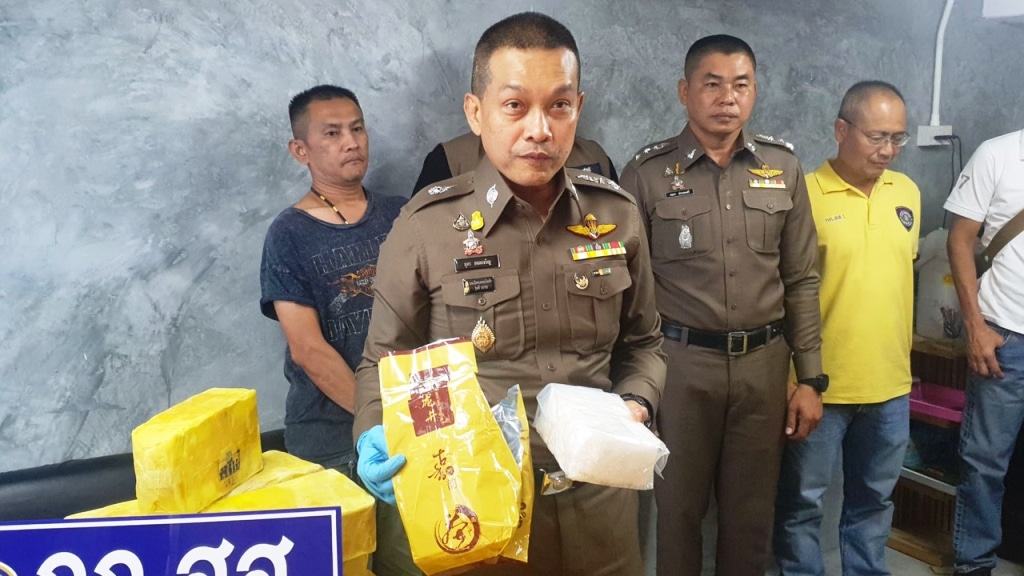 Police yesterday seized about 184 kilogram of crystal meth and 2.9 million meth pills hidden in a school bus taking students on a field trip to a science park in central Thailand.

A tip-off led police to arrest Amorn Chatawittayakul, the 53-year-old driver, and bus attendant Naratorn Hongtong, 20, at Tha Yang intersection on Phetkasem Highway in Phetchaburi province about 8pm on Thursday.

They seized about 30 sacks containing speed pills and crystal meth from the luggage compartment of the bus, which bore the logo of Patcharee Tour. Each sack weighed about 20kg.

The suspects told police that a southern school had chartered the bus, registered in Songkhla province, to take students to the King Mongkut Memorial Park of Science and Technology in Prachuap Khiri Khan.

The suspects told police they were hired by a 40-year-old man from Songkhla, known only as Mr Kwang, to pick up the drugs from a black pickup parked at Wat Hua Pa in Ratchaburi’s Pak Tho district.

As they headed south to Prachuap Khiri Khan the bus was stopped and searched in Phetchaburi and the two men were arrested.