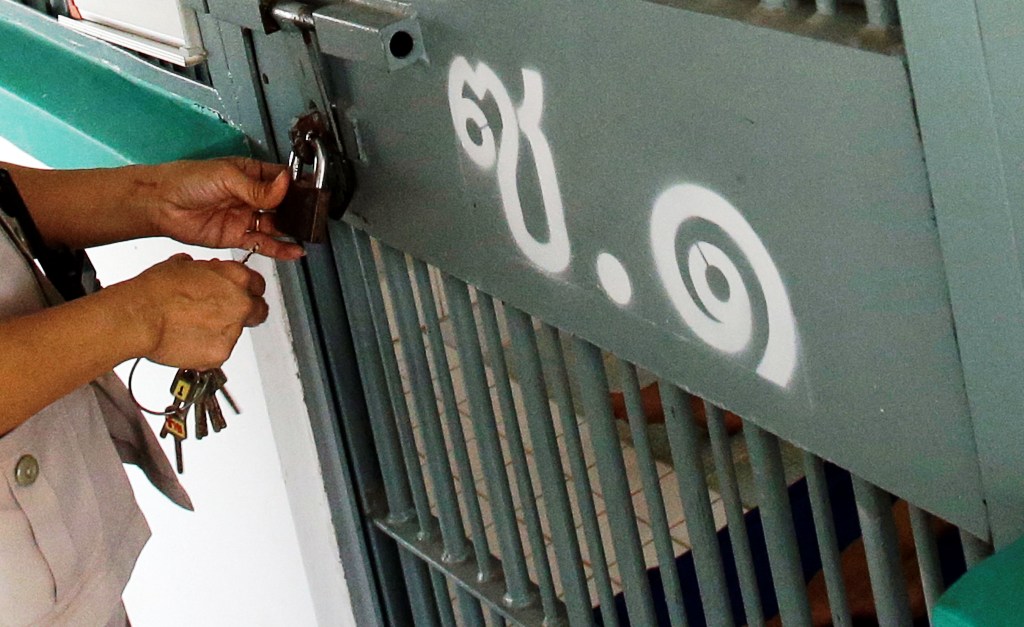 Police on Thursday reported that a police officer will be fired and prosecuted for setting a women free in exchange for sex. Police officer Pot Boontip set free a 48-year-old drug suspect free from her cell in Bukkalo Police Station.

The act of releasing the suspect was recorded on CCTV and the officer was arrested later in another part of Bangkok.

Some news reports said that the policeman had released the woman with the condition of having sex with her. However the police officer denied this allegation. He said he had only taken her to a hotel but did not sleep with her.

A committee looking into the case aims to have the police officer sacked. Police are also investigating the drug case the suspect is allegedly involved in.

Meanwhile, Police in Bangkok have ordered a probe after video clip of alleged senior police officer in a gambling den. The video clip, which has been circulating on social media, appears to portray a man resembling a Region 6 inspector. Who is seen playing a high-low dice game at the gambling den.

Although the gambling den’s location has yet to be disclosed. Furthermore netizens have speculated that it might be in central Bangkok.

“If the man in the video is found to be a police officer, he will face severe disciplinary and criminal action,” Krisana said.

Meanwhile National Police chief Pol General Chakthip Chaijinda emphasized to all police divisions that it is unacceptable for police officers to break the law.  Furthermore those who do will face severe punishment,” he added. “If any officers are found guilty of breaking the law, their superiors will also face disciplinary action. Above all for negligence to do with their subordinates.