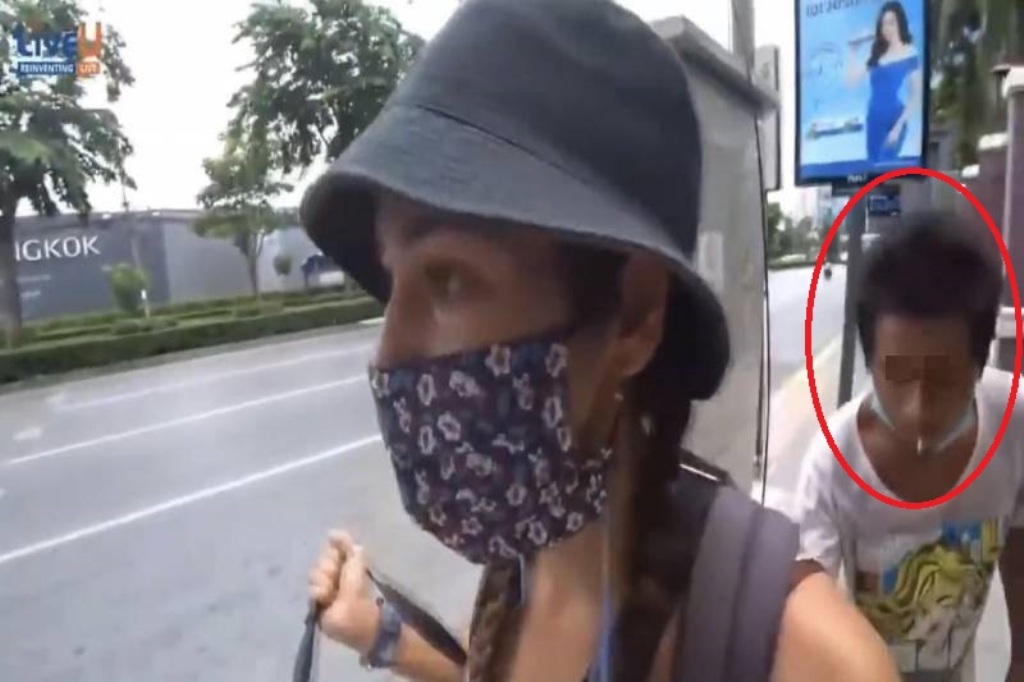 Police have checked the CCTV footage and found that at around 1.18pm on Thursday, the victim — a social media streamer — was broadcasting her live video on Wireless Road near Gate 1 of One Bangkok Building, when she was sexually assaulted by a man,” he said.

“Preliminary investigation revealed that the assailant was homeless, and we are tracking him down to bring him in for questioning.

“The victim has yet to file a complaint with the police, but we will contact her and ask her to come in and give a statement,” Pol Maj-General Piya Tawichai said.

Women who fall victim to sexual violence can now obtain counseling and seek help in private, according to the Department of Women’s Affairs and Family Development.

Also available is a Line app through which victims of sexual violence can make contact with officials to ask for help or seek counseling, according to the department.

In serious cases, the victims may be referred to officials for medical attention or legal assistance.

Kusuma Phon-anu-udomsuk, director of the family affairs promotion division, said the Line app has been made user-friendly so that women who encounter sexual violence can receive help immediately. The app is also being further developed to offer similar assistance to victims with visual impairment.

Meanwhile, Saowalak Thongkuay, a member of the Committee on the Rights of Persons with Disabilities, noted a general rise in sexual harassment and assaults against women, children and the disabled during the Covid-19 pandemic, when people have been and are confined to their homes and live close to one another over an extended period of time.

Legal and social protection for the weak and the vulnerable need to be improved while the enforcement of the law against offenders must be toughened, she said.

The disabled in particular have been given rudimentary welfare that allows them to only “scrape by” under the law, Ms Saowalak said, before adding they have not been treated with dignity and equality.