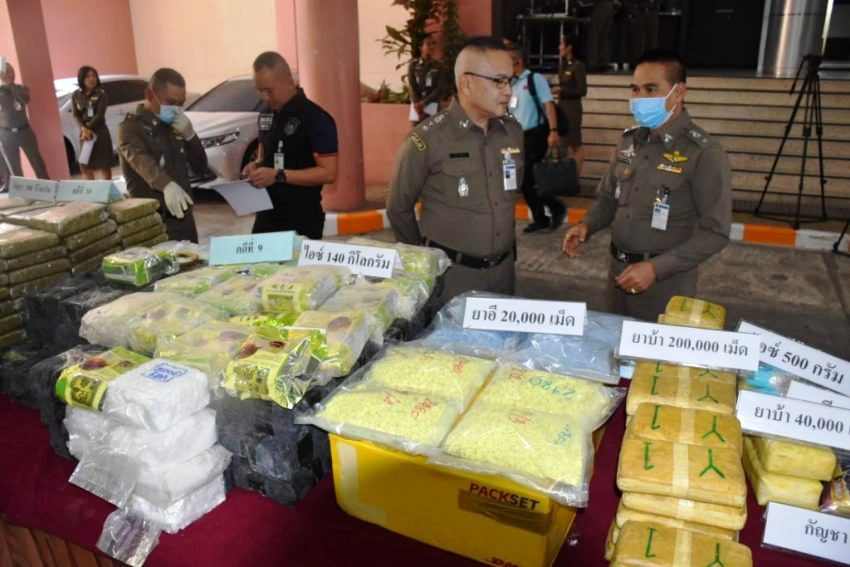 NSB police discovered that a DHL truck was used to deliver drugs to a customer who was waiting at a restaurant in Pathum Thani. Police converged on the vehicle and found 40 kilograms of crystal meth. The discovery led the arrest of the Chiang Rai man and his employee. All three men were taken to Pathum Thani  police station, Thai media reported.

Meanwhile, NSB police also seized a packet sent in from Germany to Chonburi, Thailand. The NSB opened the package to find 7,300 ecstasy pills sent into a buyer in Thailand.

According to the NSB drug sellers are choosing to order ecstasy from European Nations through post services. NSB went to the address on the package and arrested the suspect. Upon a search of his home they also discovered marijuana.

The suspect admitted that he had ordered the ecstasy pills from a buyer he found on the Dark Web. He paid using Bitcoin. He taken to the police station for further interrogation.

In another case NSB officials also discovered a package sent from Germany, this one with 20,000 ecstasy pills. Officials tracked the address and successfully arrested 4 suspects in Bangkok. Police found more drugs after searching in the suspect’s room. He taken to the police station for further questioning.

Businessman Gunned Down in Front of Children in Southern Thailand