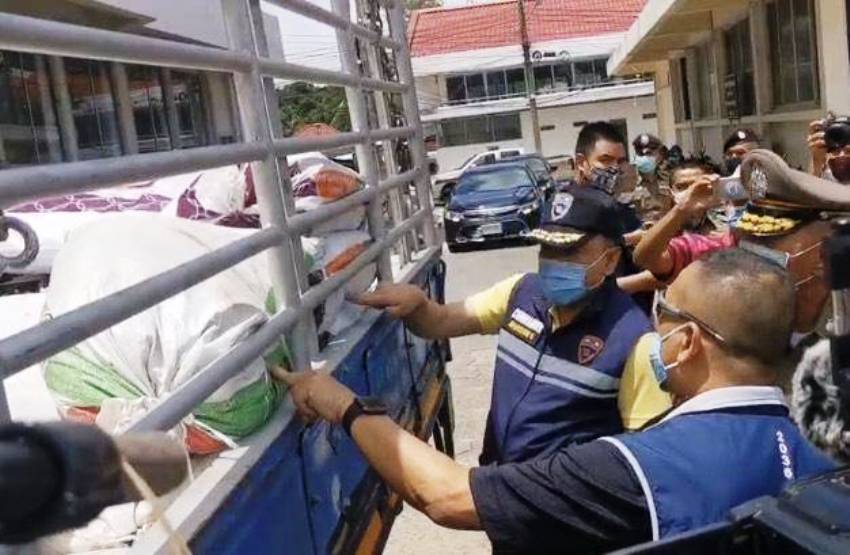 Three smugglers have been busted after 1,199 kilograms of crystal meth, or ice, was found and seized by police in Southern Thailand. Surat Thani police found the drugs under sacks of cow dung in a lorry.

Pol Maj Suchart Kuachim said that at about 5am on Saturday police at a security checkpoint stopped a six-wheel Isuzu lorry for a search. Three men in the lorry said they were delivering sacks of cow dung.

Upon a search, however, the police found 30 black plastic bags hidden under the sacks of cow dung. The plastic bags contained a total of 1,199kg of crystal meth or ice with a street value of about 600 million baht.

The three men all from Trang province – were arrested the Bangkok Post reported. The drugs and the lorry were seized. The lorry driver, said he had been hired for 100,000 baht to pick up the drugs from Samut Sakhon province. He was suppose to deliver the drugs to Satun Province.

The deputy police chief said that according to the database of the Region 8 Office of the Narcotic Control Board, it was believed the crystal meth had been smuggled into Thailand via the northern border.

From Thailand, it would be moved to a neighbouring country and then to other countries. Particularly in Europe, where ice is in high demand, he added.

Anti-drug operations in Thai provinces align with those in Lao