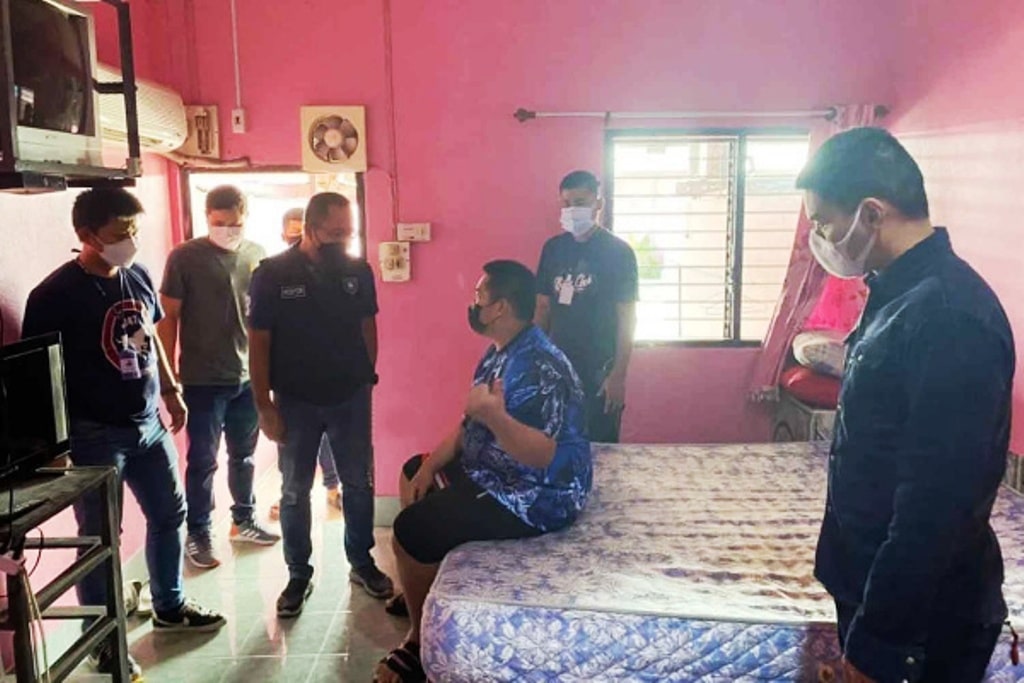 Police have arrested a man for taking orders on Facebook for “alternative vaccines” against Covid-19,  then failing to deliver them and allegedly pocketing about 200,000 baht.

He said about 50 people had filed complaints against Mr Thapakorn. They said he claimed to be able to obtain alternative vaccines such as Moderna and Sinopharm for those who were interested.

Mr Thapakorn allegedly admitted to having posted on the Facebook pages of several groups, saying he had ordered the alternative vaccines via private hospitals and would sell them to those interested at a price of 3,300 baht per two doses.

Police reported many people placed orders and transferred money to him. In fact, he did not have any vaccines.

Mr Thapakorn allegedly admitted he had been operating the Facebook scam for three months and spent the money on himself and online games.

Police said Mr Thapakorn had earlier been sentenced to prison for three years, commuted to one year and six months, by a court for cheating people online. He was released in September last year.

In this case, he was charged with defrauding the public and posting false information on the internet in violation of the Computer Crimes Act. He was handed over to Chok Chai police in Nakhon Ratchasima for further legal proceedings.

In other news, police have arrested a man for using Facebook to dupe people into paying him 7,000 baht each for a badge and certificate for commando police. The certification was allegedly for the Special Operations Division police under the Central Investigation Bureau.

Mr Natchathorn is accused of posting on Facebook under the names of “Thai Development Institute” and “Sayamkunakorn Company”, claiming he could manage to obtain a “Sayop Ripu Sathan” badge and a certificate of honour issued by the Special Operations Division for anyone who was interested.

Each of the certificates cost 7,000 baht and were to be delivered by postal mail, he claimed. The badge and the certificate are usually awarded to police officers who pass a special training course for commando police.

Police said many people became victims of the scam. Apart from the 7,000 baht, they also sent Mr Natchathorn copies of their identification cards and other documents. After failing to receive the items, some then filed complaints against Mr Natchathorn at the Ratchaburi police station.

Mr Natchathorn confessed to have made about 500,000 baht from the certificate scam during the past 12 months.

He was handed over to the Ratchaburi police station and charged with cheating the public and violating the Computer Crime Act.