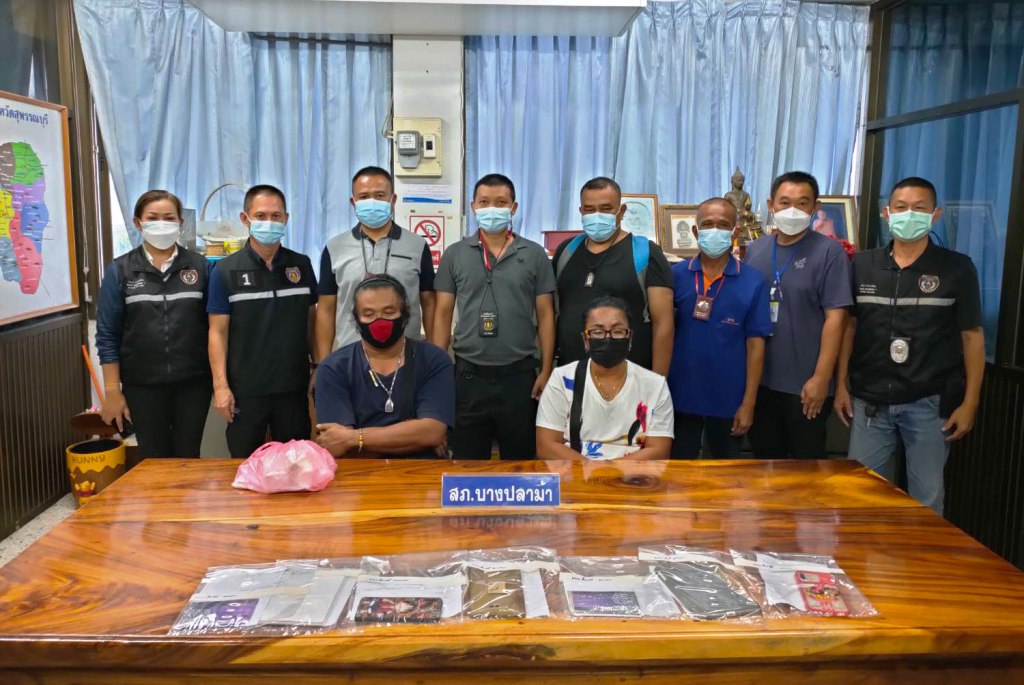 Police from the Anti-Trafficking in Persons Division have arrested a couple for selling graphic images and videos of young children on Line Chat.

The couples Line Chat online group allowed members to graphic images and videos of young children for 100-500 baht a time.

Police from the Anti-Trafficking in Persons Division apprehended Montri Khiewkerd, 53, and his wife Rotchana Khiewkerd, 45, at their home, Pol Maj Gen Siam Boonsom, the ATPD commander, said on Thursday.

Pol Maj Gen Siam said the arrests followed a tip-off that graphic videos and photos of children and adults were being shown to a members-only group on Line Chat.

The ATPD investigation confirmed that the couple were running the online group and charged for membership.

During questioning, the couple allegedly confessed and said members paid them 100-500 baht each and were then invited into a VIP group which had more than 400 members. The group had been operating since February.

They said the graphic images and videos of children were taken from the internet. The couple were held in police custody for legal action.

Meanwhile, police have arrested a man for taking orders on Facebook for “alternative vaccines” against Covid-19,  then failing to deliver them and allegedly pocketing about 200,000 baht.

He said about 50 people had filed complaints against Mr Thapakorn. They said he claimed to be able to obtain alternative vaccines such as Moderna and Sinopharm for those who were interested.

Mr Thapakorn allegedly admitted to having posted on the Facebook pages of several groups, saying he had ordered the alternative vaccines via private hospitals and would sell them to those interested at a price of 3,300 baht per two doses.

Police reported many people placed orders and transferred money to him. In fact, he did not have any vaccines.

Mr Thapakorn allegedly admitted he had been operating the Facebook scam for three months and spent the money on himself and online games.