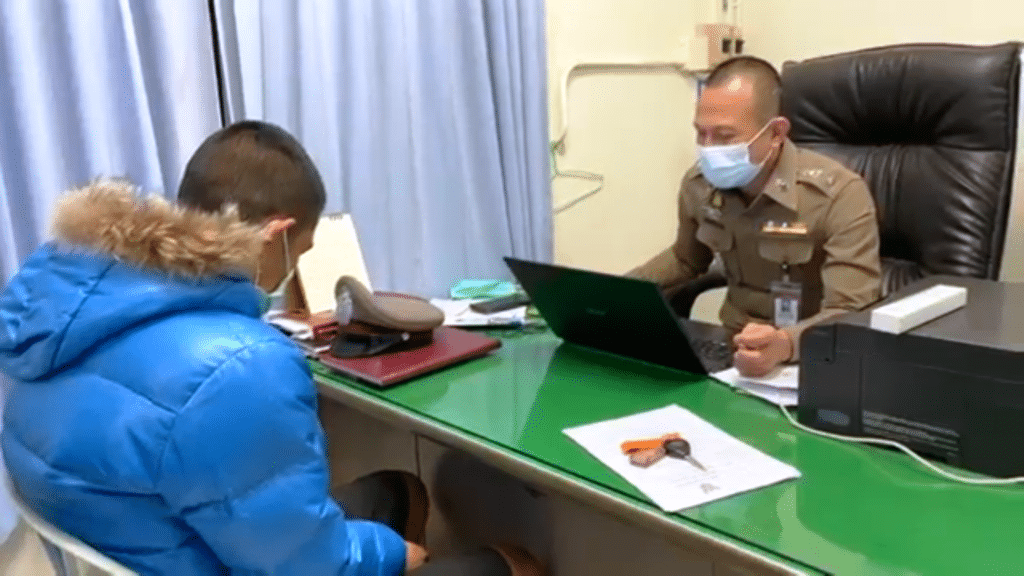 Police in northern Thailand’s Chiang Mai city have arrested a 37 year-old man for molesting his 12 year old step daughter. Chiang Mai Police were alerted to the crime by the young girls grandmother.

According to Chiang Mai police the grandmother fainted at home upon learning that her granddaughter had been sexually assaulted. When police arrived she told them why she fainted, leading to the arrest.

The child’s grandmother later told police that she lived in her house with her daughter, granddaughter and son- in -law who worked as a speaker sales man. Her son-in-law had been with her daughter for nearly ten years, but no one had ever suspected him of anything like this.

At 2am she woke up and found her granddaughter gone so she went to look for her. She found her in her son-in-laws bedroom, naked, which caused her to faint.

When interviewed by police the child said that her step father had been raping her for years. He had threatened her life if she told anyone. She said that the last time she was raped was the week before.

The father-in-law denied all allegations, telling police that he and the girl liked one another. Saying that his step daughter liked to crawl into his bed at night only to cuddle.

Police however say that following medical examination there are clear signs of assault.

The 38 year old father of the child, who had divorced his wife years ago said that he was saddened and shocked and had no idea what was going on.

Police are currently investigating the child’s mother to see whether or not she was complicit in allowing the child to be molested.

Meanwhile, a 39 year old man has been arrested in Chiang Mai with a 15 year-old girl in his hotel room. He has been charged with separating a youth under the age of 18 from her parents or caretakers for indecent purposes.

Police were alerted by an undercover policeman who told them that this man was known to frequently take underage children to this hotel for sexual purposes.

The undercover policeman said that they followed the man and saw him picking up the girl in front of a shopping mall in Chiang Mai. He then drove her directly to the hotel.

The girl, 15, who told the police that they were a couple, she was found to be hiding in the bathroom when the police entered the hotel room.