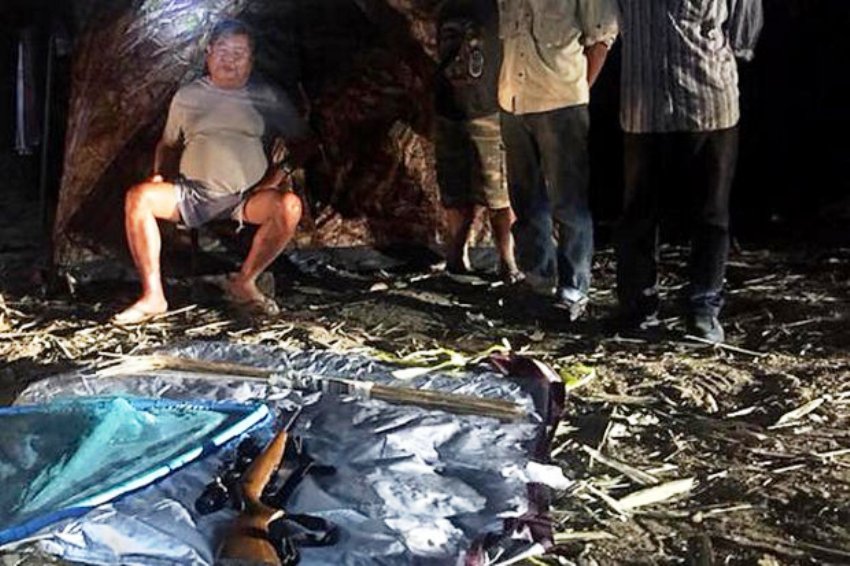 The Appeal Court in Thailand on Wednesday upheld construction tycoon Premchai Karnasuta’s one-year jail term for trying to bribe park rangers following his arrest in a wildlife sanctuary for poaching in February 2018.

The sentence echoed the ruling of the Criminal Court for Corruption and Misconduct Cases Region 7 in Samut Songkhram province in June last year. The sentence was not suspended.

Premchai was released on bail of 500,000 baht pending his petition with the Supreme Court.

Before the sentence on Wednesday, Premchai had been released on bail of 200,000 baht.

Premchai, Yong and two others were arrested at their unauthorized camp in the Thungyai Naresuan Wildlife Sanctuary in tambon Chalae of Thong Pha Phum district, Kanchanaburi, on Feb 4, 2018.

The Criminal Court for Corruption and Misconduct Cases Region 7 based its ruling on witness testimony stating that Premchai told park rangers he would give them whatever they wanted if they set him free.

The court ruled that the one-year sentence for the construction tycoon would be added to a 16-month jail term handed down by a Kanchanaburi court in March 2019.

Premchai was found guilty by the court of crimes connected to poaching in the wildlife sanctuary.

In that case he was found guilty of illegal possession of a dead pheasant and weapons, as well as supporting poaching.

He was acquitted of any wrongdoing connected with a black leopard’s carcass found at the scene, which was blamed on three other defendants.

Illegal hunting is a serious threat in Thailand with many illegal poaching cases such as wildlife trade and wildlife consumption. This is driven by high demands in the black market resulting in high prices of products, especially from tiger parts. In addition, other wildlife species are also threatened from illegal poaching such as elephant poaching for ivory.

In Thailand, wildlife trafficking is not separated from other crimes by law enforcers, and they are still much handled within Thai laws despite their trans-national nature.

A major loophole for the country to regulate exotic species is that there is no law in place to regulate possession. That means if criminals manage to bring the animals in, there would be no law against their possession here. That’s why there are a number of cases of exotic wildlife possession but no arrests have been made, according to Somkiat Soontornpitakkool, director of the CITES office of the Department of National Parks, Wildlife and Plant Conservation.