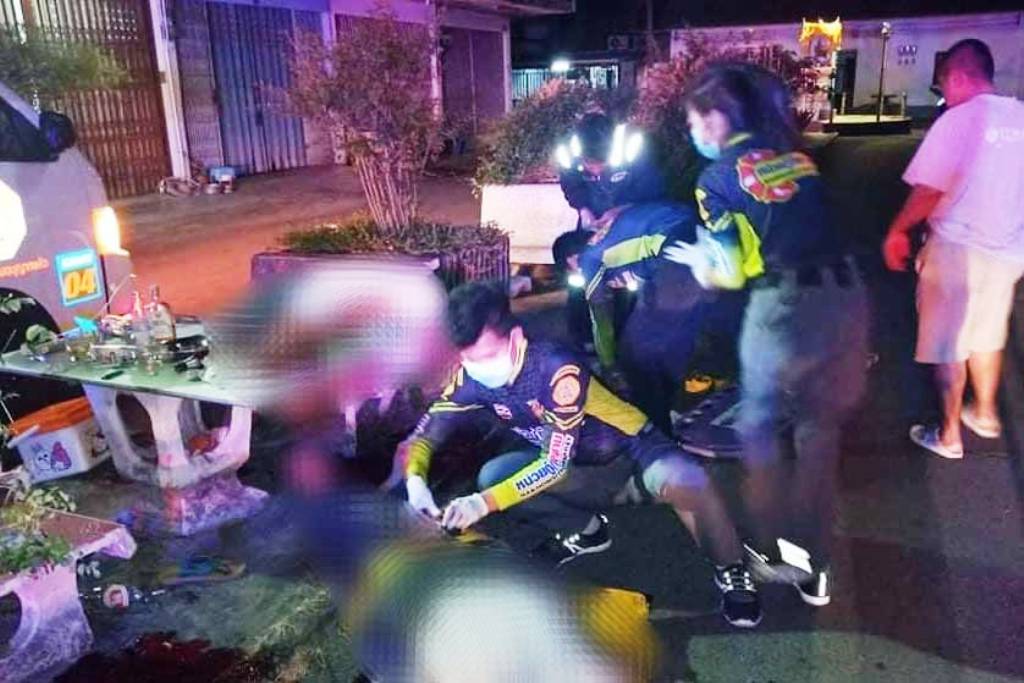 A retired land official has been arrested for murder in southern Thailand for shooting and killing his noisy neighbours after their carousing disturbed his sleep.

The shooting occurred at housing estate in tambon Chamai in Nakhon Si Thammarat Province. It was reported about 10pm on Wednesday, Pol Col Surin Chuaykaew said.

Upon arriving at the scene responders found two men on the ground in front of a house. There was also empty plates and liquor bottles scattered all over a marble table and on the ground.

Pongthep Prueksa-olarn, 43, and Ekkapong Suwannaphol, 41, had both been shot in the head. According to the Bangkok Post, they were rushed to a hospital and pronounced dead upon arrival.

Pakdee Singhasem, 63, turned himself in to local police later in the night. He also handed over the 11mm pistol that he used in the shooting. Mr Pakdee also confessed to shooting his neighbour and the other man.

Pol Col Sompong Thipaphakul, said Mr Pakdee was a former land official who had long-standing problem with Ekkapong. Mr. Ekkapong and friends were always drinking and being overly loud.

On Wednesday night, the neighbour Ekkapong and three friends were drinking heavily in front of his house and also making a lot of noise. Mr Pakdee stormed out of his house and warned them to keep quiet as he was trying to sleep. He told them their constant loud noise was disturbing his ability to sleep.

Consequently the men quarrelled and Mr Pakdee became even angrier. Suddenly pulled out a pistol and shot Ekkapong and Pongthep in the head. The two other men fled for their lives, the police said.

Mr Pakdee was charged with premeditated murder, furthermore he will held in custody for legal action, Pol Col Sompong said.