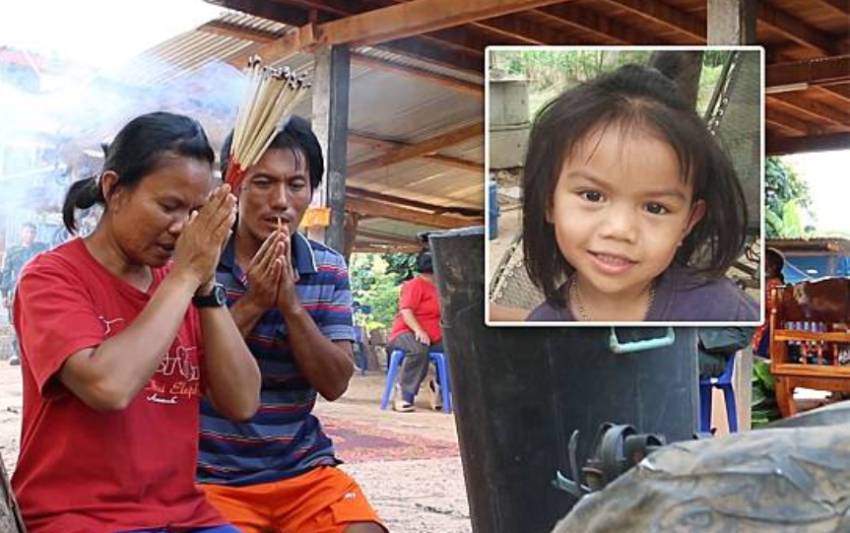 The parents of a three-year old girl who was found strangled to death in Northeastern Thailand suspect the murderer was a local villager. The three year-old girls was found murdered 4 days after she went missing.

Forensic police also returned to the scene of the crime to collect more DNA. They have questioned five people, according to local police source.

According to the Bangkok Post the source did not elaborate on the suspects behind the killing of their daughter, Orawan Wongsricha.

Sawitri Wongsricha, the victim’s 40-year-old mother, said she and her husband suspect the killer knew the routes and was not afraid to go into the forest.

Ms Sawitri said she does not know the identity of the murderer or what his or her motive was.

Her family and police are still awaiting an autopsy to determine the cause of death. Furthermore whether she had been sexually assaulted.

They found the body “Nong Chompoo’’ in bushes about five meters from the slippers. Her clothes were also found only a few meters away. Police said the little girl appeared to have been strangled.

They believe she had been dead at least eight hours before being found.