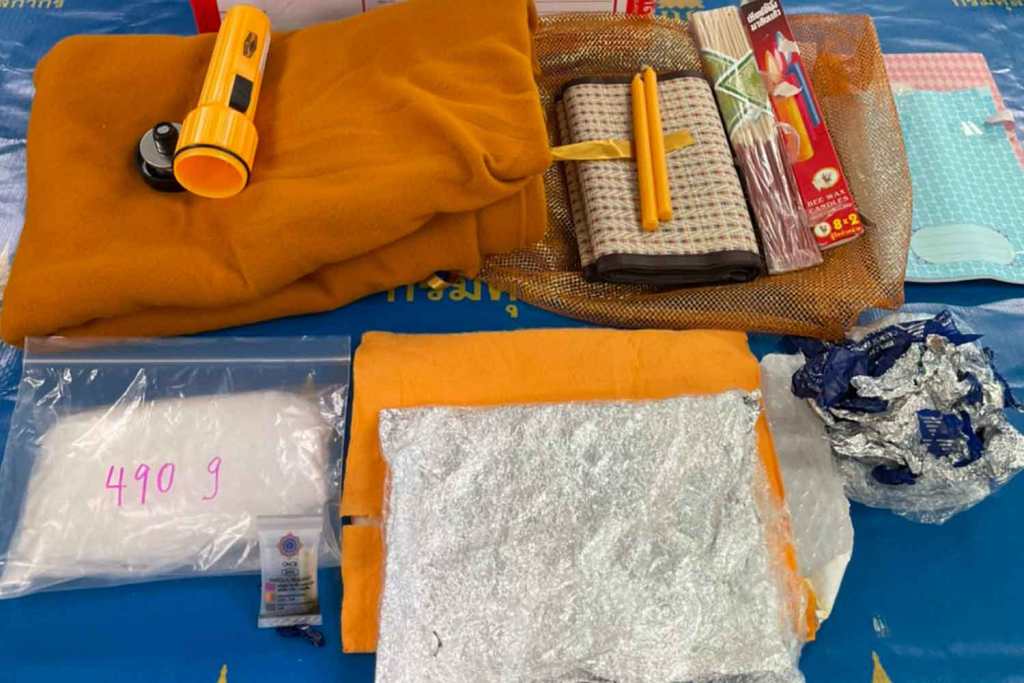 Thailand’s Office of Narcotics Control Board has seized 1.3 Kg of crystal meth hidden in a monk’s pillow and a package of opioid pain patches at Bangkok’s Suvarnabhumi International Airport.

One parcel, sent from Nong Bon area of Bangkok, contained 490 grams of crystal meth, inside an orange monk’s pillow packed among other religious goods.

The other parcel, sent from Khlong Chan Post Office in Bangkok, contained 845g of the drug in packages of opioid pain patches.

His office would share the information, including the addressees, with Australian authorities and would try to track down the people who sent the goods.

He said parcels addressed to Australia, New Zealand, Japan and South Korea were closely examined. They were frequent destinations for drugs smuggled from Thailand.

What are opioid pain patches?

Opioid pain patches are used to treat some types of long-term pain.

They are prescribed by a doctor when other types of pain relief have not been able to manage your pain.

These patches usually contain opioid drugs. There are two types of opioids which are available as patches: buprenorphine and fentanyl. Both come in different strengths.

These patches come in two different designs: reservoir or matrix.

Painkilling patches can last from three to seven days.

Each patch is different, so make sure you read the patient information leaflet, as this will tell you how long to leave it on for. After removing the patch, you may still feel the effects for a few hours.

Do not apply extra patches. It is important that only the prescribed amount is worn at any one time.