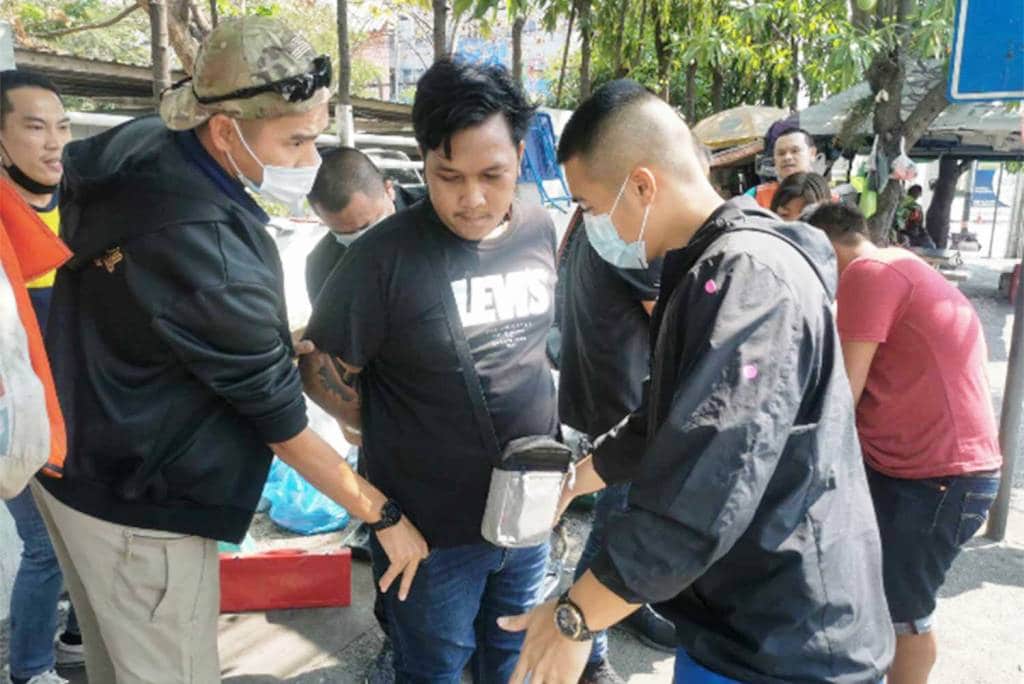 An online predator has been arrested by Anti-Trafficking police in Nonthaburi for the rape and blackmail of 20 young women.  A 22 year-old motorcycle taxi driver used fake profile to lure women to pose nude for online videos, then blackmailing and raping them.

Mr. Mongkhol Sribuathep, 22, was arrest warrant issued by the Criminal Court on Feb 25 on charges of forcible rape and extortion. He was apprehended by Anti-Trafficking in Persons Division.

After he became close to the young women, he would persuade them to pose nude for him during their online chats. The victims were unaware he secretly recorded the chats.

Once he obtained the nude photos and videos he would then borrow money from his victims. When they asked to be repaid, he allegedly refused and threatened to make the nude videos and photos public on social media.

Mr Mongkhol then allegedly duped his victims again, by creating a second fake social media account using a profile photo of another good-looking man. He approached the same women, saying he knew the man who had borrowed money from them.

He told them he could help them get their money back, and get the man to delete the nude videos.

After gaining his victim’s trust, again, he would make an appointment to meet them. When they met up, he allegedly raped them by force and recorded it.

The police commander said the suspect used the rape clips to blackmail his victims, demanding 10,000 to 100,000 baht.

Some women had been repeatedly raped for up to a week, causing them emotional damage. Some had tried to end their life, Anti-Trafficking in Persons Division commander Pol Maj Gen Siam Boonsom said.

Mr Mongkhol of course denied all charges. He was given a urine test for illicit drugs. The result was negative.

According to Anti-Trafficking police, the suspect worked as a motorcycle taxi driver in Nonthaburi. He allegedly lived an extravagant lifestyle, using the money he extorted from his victims.

About 20 women were known to have fallen victim to his scheming, Pol Maj Gen Siam said. He also said any other victims were urged to file complaints with the Anti-Trafficking in Persons Division.