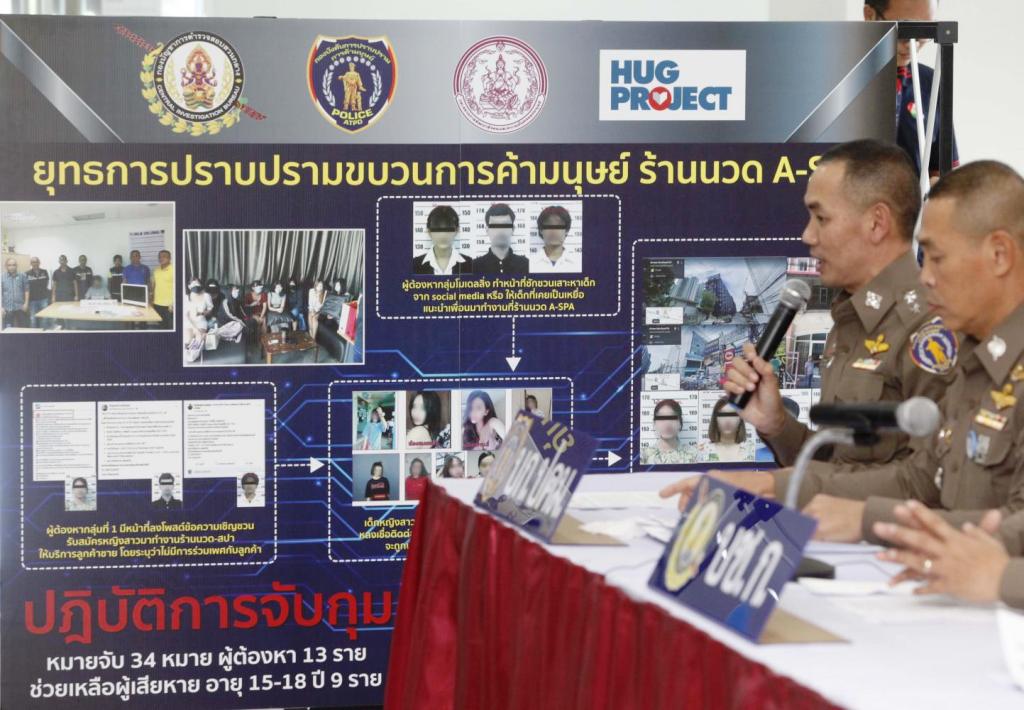 Thailand’s Central Investigation Bureau (CIB) commissioner, Torsak Sukwimol, said at a press conference that 12 people were arrested in connection to a human trafficking ring. Nine teenage girls aged under 18 were rescued from a spa in Nonthaburi, Thailand.

Commissioner, Torsak said the raid was led by the commander of the Anti-Trafficking in Persons Division, Pol Maj Gen Siam Boonsom, after authorities learned that the spa was offering sex services to customers.

“We also found that [the spa’s managers] procured female sex workers, including some who were under 18, for its customers,” Pol Lt Gen Torsak said, adding nine girls under the age of 18 were rescued during the raid.

He said the spa, which opened in June last year, didn’t have a license and was simply a front for prostitution.

As such, those who were found to be involved in the operation will face charges of child prostitution and human trafficking.

At the press briefing, Pol Maj Gen Siam said his team had received a tip that the spa was known to actively recruit attractive female workers through social media.

Department is gathering the evidence

Meanwhile, the Department of Health Service Support said it has yet to find evidence of malpractice at a cosmetic surgery clinic in Sanambin Nam, where a patient died following a breast augmentation procedure.

“They only met other clinic staff, and also couldn’t find the medical records of the patient,” he said.

Dr Thares said the department is gathering the evidence it needs to file a complaint against the clinic.

The alleged offences carry penalties that include jail terms of up to one year and/or a fine of up to 20,000 baht.

Media reports said the 21-year-old patient, whose name was withheld, sought a breast augmentation procedure at the clinic, on Oct 17. During surgery, she allegedly went into shock and had to be rushed to a hospital.

The clinic insisted the surgery had not started when she went into shock, but her family said there were cut marks on her chest, suggesting the procedure had started. – Bangkok Post