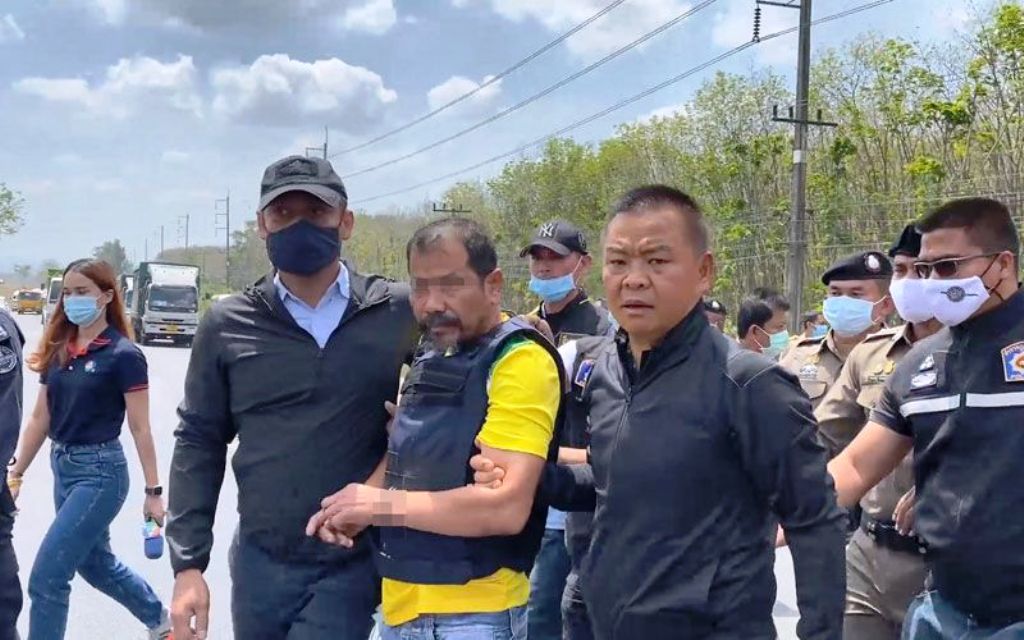 Police have arrested the prime suspect in the rape and murder of a 15-year-old schoolgirl in Southern Thailand’s Hat Yai district. Pol Lt Gen Ronnasilp Poosara said that Mr Prathom Iadkhao was arrested on Monday in Phatthalung province in Thailand.

The body of the 15 year-old student was found in the median ditch of the main highway in Hat Yai district of Songkhla on the night of Feb 27. She was lying in the ditch under her motorcycle.

Police investigators examined security camera recordings at a petrol station which showed  that about 12.22am on Feb 27th a bronze Toyota Corolla sedan arrived at the station. About the  same time the victim arrived on her motorcycle to fill up her tank. The car drove off and the girl left shortly afterward.

Other security cameras showed that only the Toyota Corolla and the motorcycle were travelling that part of the highway around that time. Police found out the car belonged to Mr Prathom. Further investigation led to Mr Prathom’s arrest on Monday morning.

According to Pol Lt Gen Ronnasilp, Mr Prathom confessed to raping and killing the girl, and said he acted alone. Previous conviction of assaulting a minor

In a statement given to police during questioning, Mr Prathom said that after leaving the petrol station he allowed the girl to overtake him. He then used his car to hit the motorcycle from behind, sending it crashing into the median ditch.

He got out of his car and went down into the ditch, punched the girl three times in the stomach and raped her. He then took the girl’s strap bag, with 1,300 baht in it.

He went to his car and took out a tire iron which he used to hit the girl on the head two or three times, until she was dead. He then placed the motorcycle on top of her body, to make it look like she died in an accident.

According to police, Mr Prathom said he used the girl’s brown jacket to wipe away his semen and later threw away the jacket in tambon Khuha Tai in Rattaphum district of Songkhla, Thailand.

Mr Prathom had a prior record. He was previously sentenced to one year in prison, suspended for two years, for taking a girl under 15 years of age from parental protection for lewd purposes in 2002, in Songkhla’s Bang Klam district.

Pol Lt Gen Ronnasilp said Mr Prathom was charged with rape, murder and theft. He was later taken to the murder scene for a crime re-enactment.